The New England Patriots could be prepared to disappoint fans by trading out of the first round for the second consecutive year.

This year’s NFL draft has so much talent — especially at positions of need for the Patriots — that head coach Bill Belichick might choose to trade the No. 29 overall pick to acquire more selections this year or grab an extra first-rounder in next year’s draft. The Patriots could trade with the St. Louis Rams, who have 12 picks in this year’s draft, or a team like the Houston Texans or Atlanta Falcons, with whom New England has some familiarity.

If the Patriots don’t trade out, they could draft a big defensive lineman with the 29th pick.

Draft experts are ranking Tuitt a little lower than No. 29, but Belichick and the Patriots have been known to “reach” for picks in the first round. Tuitt didn’t work out at the NFL Scouting Combine because of a “small fracture” in his left foot, a source told NFL Media’s Daniel Jeremiah in February.

Tuitt seems like the perfect pick for the Patriots. The team could run a 3-4 or 4-3 front-seven alignment in 2014, and Tuitt has experience as a five-technique defensive end in a three-man front and three-technique defensive tackle in a four-man front. The Patriots need help rushing the passer, especially from their interior line, and Tuitt had 19.5 sacks in his final two seasons at Notre Dame. Belichick also is good friends with Tuitt’s college coach, Brian Kelly.

Thanks to his blocking prowess and impressive athleticism, Fiedorowicz can serve as perfect Rob Gronkowski insurance. Gronkowski has been fragile over the last two seasons, so depth at the position is important for the Patriots. Fiedorowicz and Gronkowski both have enough versatility that the Patriots still could run two-tight end sets as well.

The Patriots showed their hand in their need for another coverage linebacker when they brought in free agent Wesley Woodyard for a visit. They held a private workout with Tripp, who could be the perfect situational linebacker for the Patriots. Using Tripp in coverage would allow Jamie Collins to rush the passer.

Round 4, pick No. 130: Tyler Gaffney, running back, Stanford

The Patriots could use more depth at running back, especially with Stevan Ridley and Shane Vereen entering contract years. Gaffney can catch the ball out of the backfield, and Belichick has shown an affinity for two-sport athletes. Gaffney played baseball with the Cardinal.

Belichick likes versatile offensive linemen. Leno likely could play tackle or guard in the Patriots’ offense. He even could earn a starting role at right guard.

Belichick has been known to take risks on players with character issues late in the draft. He’ll get the full scoop on why Lynch transferred from Notre Dame from Kelly. Lynch has huge upside as a five-technique or seven-technique pass-rushing defensive end.

Patchan is another player with character issues, but he stayed out of trouble during his year with the Eagles. Patchan is highly athletic and could be an extra tight end/sixth offensive lineman in bigger offensive sets. He played under Urban Meyer for three years at Florida.

The Patriots held a private workout with Guiton after his pro day. It wouldn’t be the first time Belichick has used a seventh-round pick on a college backup (Matt Cassel in 2005). Guiton also has enough athleticism that a position switch could be in the plans. 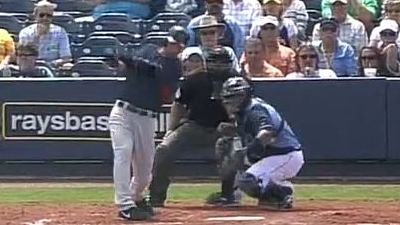 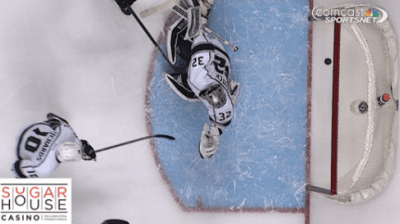