Paul Pierce On Returning To Celtics: 'Why Not?' - NESN.com Skip to content BOSTON — Paul Pierce was back at TD Garden on Friday, playing his second game here as a member of the Brooklyn Nets. This return wasn’t quite as emotional as the one back in January, when a video tribute and roaring ovation came close to bringing a tear to his eye.

Still, it was emotional. And as he has several times since last summer’s blockbuster trade, Pierce wouldn’t rule out coming back to the Boston Celtics organization some day.

“Yeah, why not?” Pierce said after his old team beat his current team 91-84. “Maybe play for them, maybe work for them. Who knows what the future holds?”

There was a flashback moment during the game when Rajon Rondo went to help up his former teammate, who had fallen to the floor. Rondo usually treats fallen opponents with the same contempt pedestrians treat dog droppings, but Pierce — as well as Kevin Garnett, who missed Friday’s game with back spasms — has a unique relationship with the Celtics point guard.

Even as Pierce praised Rondo, however, Pierce couldn’t resist tweaking him over the recent manufactured controversy over Rondo’s birthday celebration.

“Me and Rondo share a special bond,” Pierce said. “We’ll always be friends. We’ll always share something in common with our championship. Our kids still hang out together. They hung out for his birthday, actually.”

After stopping to laugh, Pierce added, “I respect him, what he’s doing, moving forward with this franchise. It’ll always be that way.”

For now, Pierce respects Rondo from afar. Maybe that won’t always be the case, and he’ll eventually get to admire Rondo from a bit closer. Like, say, an office on Causeway Street.

Celtics Triumph Amid Mess; Impressions From Win Over Nets 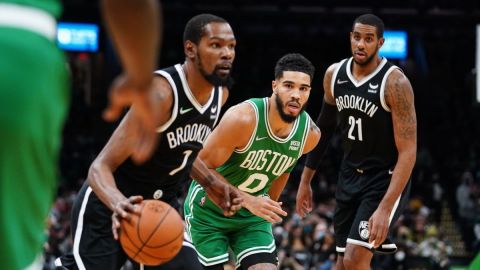 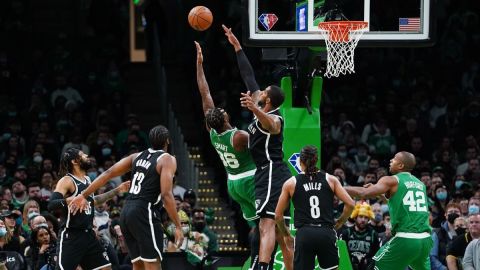 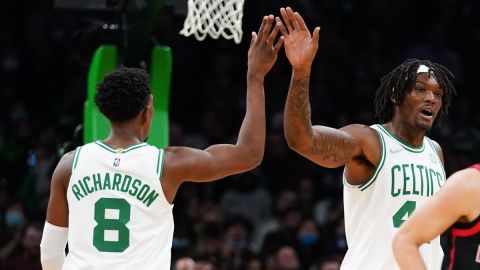 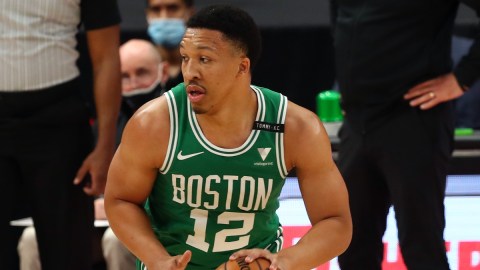