BOSTON — Coming from a guy who took over in crunch time, who dominated the final two minutes of a rousing victory over the two-time defending champions, Rajon Rondo’s own synopsis of Wednesday’s Celtics win was more than a little muted.

“It was a good win,” Rondo said. “We needed a win. We needed to play better at home. We did that.”

The elation over the Boston Celtics’ 101-96 win over the Miami Heat was tempered by the fact that LeBron James, the undisputed best player on the planet, was sidelined with a sore back. With James resting, the status of best player on the floor was left vacant for Rondo to fill.

Rondo took over down the stretch, scoring the Celtics’ last four points and winning a crucial jump ball against 6-foot-8 power forward Udonis Haslem to hand the sputtering Heat (46-20) their sixth loss in nine games. Rondo’s nine points, 15 assists and 10 rebounds — while playing the final 4:29 with five fouls — only partially told the story of how he hijacked the final two minutes.

After winning the tip against Haslem, Rondo went down to the other end and banked home a floater to push Boston’s lead to five points. After a layup by Dwyane Wade, Rondo knifed a pass to Jared Sullinger for a jump shot that would have provided even more breathing room, had it gone down. But Sullinger missed, forcing Brandon Bass to come up with the defensive play of the night, stonewalling Wade on a switch, which led to another floater by Rondo with 18.7 seconds remaining to ice it for the Celtics (23-46).

All that from a player who is still not 100 percent healed from a torn ACL.

“He’s somewhere in the 90s, maybe. I don’t know,” Celtics coach Brad Stevens said. “I still don’t think he is (fully back). I think he would agree with that. But I think he played with a lot of juice today. There’s no question about that.”

The Celtics got a belated St. Patrick’s Day gift when they learned less than an hour before tip-off that James would be out. There was even some confusion as to whether Wade, who’s been in and out of the lineup all year with knee issues, would sit as well.

No dice for Boston on the latter, but they lucked out with the former. Stevens therefore was required to bring everyone down a peg while discussing his team’s victory.

“We beat the two-time defending champions, but I think they were missing a fairly good player,” Stevens noted, “just to qualify that.”

Without James, Miami still put up 96 points. Where James was missed most was on the defensive end. The Celtics game-planned to face Miami’s trapping pick-and-roll defense, but the Heat’s “free safety,” as Stevens called him, wasn’t on the floor to read the offense. Rondo might have picked apart the Heat no matter who was on the court, given the way he played, but James’ presence undoubtedly would have made Rondo’s job tougher. 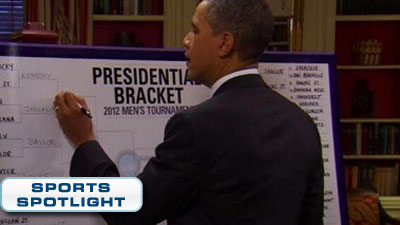 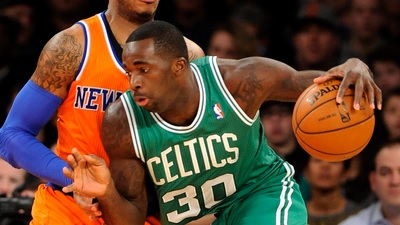