WALTHAM, Mass. — While the rest of us can only watch or read the statistics that say Rajon Rondo’s jump shot has improved, Jared Sullinger can actually feel it.

Sullinger sets the screens in the pick-and-rolls with Rondo. He senses the way guards sag back less and attack the point guard higher off the pick. No longer do defenses dare Rondo to shoot.

“I feel a lot of teams fighting over the top because he will stop behind the 3-point line and shoot it,” Sullinger said. “He’s been hitting it this year, and now it seems like they’re kind of worried.”

Though the sample size is small, Rondo is 16-for-44 on 3-pointers this season, good for 36 percent, substantially better than his previous single-season best. But he’s also doing damage from midrange, shooting 55 percent from 15-19 feet, also a career high.

In reality, Rondo hasn’t deserved his reputation as a poor shooter for a while. He was actually just as good from what the NBA defines as “midrange” — outside the paint, inside the arc — last season (48 percent) as this season (47.5 percent). Increased range has forced teams to adjust, though, and Sullinger suggests that could be a product of Rondo’s injury. After taking thousands of 18-footers during rehab, Rondo has no problem stepping back a few feet to get an extra point.

“When you get hurt, especially somebody like Rondo, his quickness wasn’t all the way there, so the biggest thing in workouts was, he was getting a lot of jump shots up,” Sullinger said. “I think all those reps really helped him out. He (used game-like conditions), and I think that carried over.”

Celtics assistant Ron Adams fiddled with Rondo’s shot, just as Adams did with Avery Bradley. Rondo even told reporters that he told Adams he wanted “to shoot like Avery,” who was hitting 38 percent of his corner threes before his injury. Brad Stevens is just happy to see players utilizing Adams, who is known for more than just his defensive mind.

“Above anything else, he’s a basketball coach,” Stevens said. “Basketball coaches don’t specialize in one thing and ignore everything else. You’ve got to be good at everything you do, and he’s one of the best around — defense, offense, individual instruction, whatever the case may be, he’s really good.

“Watch players on other teams react to him. I think that sends a message to our guys. You’re in the midst of something special, because all the guys he coached come over to the bench, talk to him before the game, find him after the game. He’s invested a lot in those guys, and they clearly think highly of him.”

Of course, there are trade-offs. Jumpers are lower-percentage shots, no matter how skilled the shooter, and Rondo’s uptick in long-range accuracy has come with a decrease in overall field goal percentage. He is shooting just 40 percent from the floor in 15 games, which would be a career-low. Yet that could be a small-sample blip. He shot 48 percent in March, as he got his legs back under him after missing a year with a torn ACL. 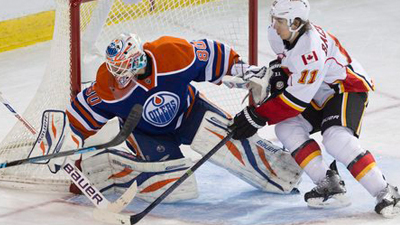