Aaron Dobson Says He Plans To Work Out With Tom Brady In Los Angeles - NESN.com Skip to content The New England Patriots aren’t allowed to formally work out as a team until their offseason program kicks off April 21, but players can get together in an unorganized fashion.

Aaron Dobson told the Boston Herald’s Jeff Howe on Sunday that he plans to travel to Los Angeles to work out with quarterback Tom Brady. This is not uncommon for Patriots receivers. Julian Edelman actually moved to Los Angeles in 2010 to be closer to Brady for whenever the quarterback felt the urge to throw.

Dobson has been resting to heal a stress fracture in his left foot. The Patriots will know in the next two weeks if Dobson will need surgery to fix the injury.

Dobson had the most productive season of a Patriots rookie wide receiver since Brady took over as the team’s starting quarterback in 2001. Dobson had 37 catches for 519 yards with four touchdowns in 2013. He played in 12 games, starting nine. 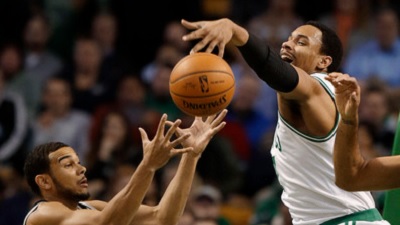