Shakira isn’t one to let a FIFA World Cup go by without writing a song about it.

The Colombian superstar released her official song for the 2014 World Cup on Monday.

“La la la” embraces the sounds of Brazil, the location of this summer’s tournament, and Shakira wanted it that way.

?It?s an upbeat, Brazilian track,” Shakira said, according to the Daily Star. “The lyrics are personal and I?ve actually recorded a version for the World Cup.?

The song is Shakira’s second official World Cup song. Four years ago, ?Waka Waka? almost conquered the world, as it tuned in to watch the 2010 World Cup.

Get ready to hear “La La La” a la-la lot in the coming months. 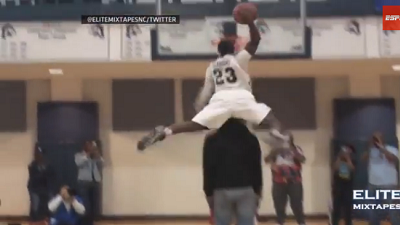