Surfer Has 'Wipeout From Hell' On Ginormous Wave (Video) - NESN.com Skip to content

The northeastern United States is just beginning to thaw out after a treacherous winter, but the Southern Hemisphere has been basking in summertime for the last few months — that means trips to the beach, sunbathing and surfing huge swells. But surfer James Hollmer-Cross was surfing south of the Australian island Tasmania earlier this month, when he survived one of the not-so-ideal parts about surfing — a huge wipeout.

Hollmer-Cross took on a swell so large it made him look like a speck, and the wave responded by swallowing him and spitting his board back out. Hollmer-Cross survived the terrifying wipeout after almost passing out, saying he fought the wave with everything he had.

“It’s absoultely the most heaviest thing that’s ever happened to me,” Hollmer-Cross said after the event. “I thought I was actually going to die.”

Check out video of Hollmer-Cross’ wipeout below, with a hat tip to For The Win. The Lakers vs the Clippers summed up. 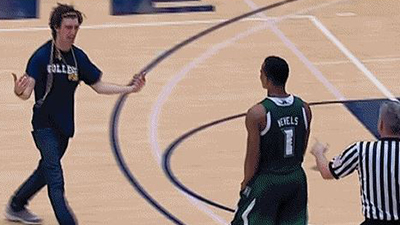