NHL rinkside reporters are very much in the line of fire, as Minnesota Wild announcer Mike Greenlay found out firsthand Thursday night.

Greenlay, who covers the Wild for FOX Sports North, was positioned in his usual spot between the benches when an errant stick from Minnesota winger Matt Cooke (who else?) swung up and nailed him right in the face.

Greenlay is a former hockey player himself, though (he had a cup of coffee with the Edmonton Oilers in 1989-90), and after some minor repair work, he was back on the mic — bloody shirt and all.

Check out the injury and the aftermath in the photo and video below. 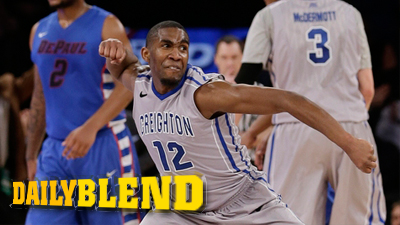