It’s taking interminably long for the 2014 NFL draft to arrive.

The NFL moved the draft from April to May this year to give teams even more time to attempt to smokescreen opposing teams by anonymously trashing prospects to the media. Jadeveon Clowney reportedly is lazy and spoiled, and Teddy Bridgewater’s hands are too small — oh, the joys of the NFL draft.

This is a particularly interesting draft class because it’s still unclear which quarterback, cornerback, defensive tackle and offensive tackle will come off the board first. It’s also unclear how many, and which, quarterbacks will be drafted in the first round.

The Patriots even could be in the market for a quarterback, but we have them staying put for a wide receiver.

Check out which wideout the Patriots could take No. 29 overall next month as NESN.com rolls out its latest mock draft.

Clowney has question marks about his effort, but he’s still one of the safest players in the draft because of his high floor. He could rush from outside linebacker in the Texans’ “regular” defense and from defensive end in sub packages.

The Rams just acquired Jake Long last season, but Robinson could be a Hall of Fame left tackle. He has the perfect size and athleticism to be a star at the position.

Jaguars head coach Gus Bradley knows to build his team through defense. Mack can rush the passer, cover and defend the run.

The Browns already have a top wide receiver in Josh Gordon, but his off-the-field issues are scary. The Browns would be wise to add another top-tier receiver in Watkins.

The Raiders already added quarterback Matt Schaub for the present, and they should draft Bortles in the first round for the future. They already improved at wide receiver, offensive line, defensive line and running back through free agency.

It’s obvious that the new regime in Tampa Bay doesn’t think highly of Mike Glennon as the future starting quarterback. Josh McCown will be 35 years old this season, and the Bucs could use a player like Bridgewater for the future.

The Bills need to keep adding pieces on offense, and a 6-foot-5, 231-pound receiver would look good on any team. Evans could wind up being drafted higher than ninth overall, but it would be highly surprising to see him drop out of the top 10.

The Lions will be angry that Evans didn’t fall to No. 10, but Clinton-Dix is a perfectly acceptable consolation prize. He’s a complete safety who can play the strong or free positions.

The Titans need a high-impact player to replace Alterraun Verner, who left for Tampa Bay in free agency. Fuller might be the top zone cornerback in the draft.

The Giants could use some youth and speed in their linebacker corps. Shazier can play any position, and he can rush the passer.

The Rams lacked a quality No. 2 cornerback to play on the other side of the field from Janoris Jenkins. Dennard will get physical with opposing wide receivers in the NFL.

Donald can replace what the Bears lost in Henry Melton, and he might be even better and more athletic.

The Steelers always can use more offensive line help, and Lewan would be the best player available. He has off-the-field issues, but he’s too good to pass up.

Barr can be a situational pass rusher until he gets comfortable in the NFL. He could be a future starter at defensive end in the Cowboys’ 4-3, which won’t have DeMarcus Ware and Anthony Spencer next season.

The Ravens need a starting right tackle, and Martin could fill that need immediately.

Mosley could fall in the draft because of some medical red flags. The Jets would be just fine with him dropping to No. 18.

The Dolphins’ offensive line could struggle in 2014 after losing Richie Incognito, Jonathan Martin and John Jerry. Brandon Albert can start at left tackle, and Moses could fill in on the right side.

This could be Calvin Pryor, but his lack of coverage skills might force him to fall out of the first round. Ward has been rising on draft boards.

The Packers love tight ends such as Ebron, and he could be an improvement over Andrew Quarless. The two players could complement each other as well.

Cooks says he can be better than DeSean Jackson. There’s only one way to find out.

The Chiefs would leap for joy if Beckham falls to No. 23. He probably will and should be drafted higher, but in this situation, he drops.

The Bengals lost Michael Johnson and didn’t sign anyone to replace him. Ford could be the Bengals’ new edge defender.

The Chargers could use Nix’s beef and play-making skills at nose tackle. He has been compared to Vince Wilfork since his days with the Fighting Irish.

The Browns reportedly are enamored with Carr. It wouldn’t be surprising to see four or more quarterbacks selected in the first round.

Roby has a high ceiling as a prospect but an equally low floor. His performance against Wisconsin last season was embarrassing, but the Saints really need a cornerback, and he’d be the best one available.

Benjamin could fall to the second round, but the Panthers definitely will be interested in the 6-foot-5, 240-pound receiver. Panthers wide receivers coach Ricky Proehl recently took a trip to Florida State to work out Benjamin.

The Patriots reportedly are looking to trade up in the draft for a wide receiver, but they might be better off staying put and seeing if Lee falls to No. 29. He had a fantastic 2012 season before dropping off because of injuries and poor quarterback play. He was in play to go No. 1 overall after his sophomore season.

Hageman would be perfect to rotate with the aging Justin Smith and Ray McDonald at five-technique defensive end. He has effort questions, but his raw skill and athleticism is undeniable.

The Broncos signed Aqib Talib and already have Chris Harris, but they could use another outside cornerback in their nickel defense.

Lawrence is the Seahawks’ type of pick. What they do in the first round always is unexpected. 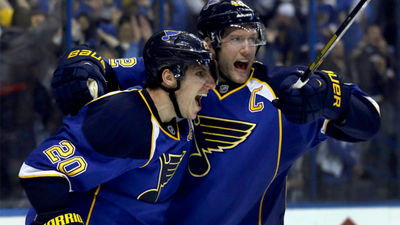