BOSTON — Alex Wilson?s call up to the Red Sox will be brief, but the reliever still is cherishing the opportunity.

Wilson was recalled from Triple-A Pawtucket before Wednesday?s game to give the Red Sox an additional pitcher after back-to-back games in which Boston?s bullpen was taxed. Wilson might only be with the Red Sox for one day — outfielder Shane Victorino is expected to rejoin the club Thursday — but the right-hander expressed excitement about returning to The Show.

?It’s a great feeling,? Wilson told reporters Wednesday at Fenway Park. ?This is where you want to be and where you strive to be as a ballplayer and to get called back up this early in the season, (it) is a great feeling.?

Wilson arrived in Boston on the heels of eight shutout innings with Pawtucket. He has held opponents to a .160 average (4-for-25) — including right-handers to a .063 mark (1-for-16) — over his eight Triple-A appearances.

This isn?t Wilson’s first time in Boston. He made his major league debut with the Red Sox last season and appeared in 26 games over three big league stints, posting a 1-1 record and a 4.88 ERA (15 earned runs in 27 2/3 innings). The 27-year-old missed the second half of 2013 because of a thumb injury that required surgery, though, and he?s been forced to work even harder to get back to the majors in 2014.

Wilson said Wednesday his injury is in the past and that he hasn?t thought about it at all since getting back to full health in spring training. Wilson?s current focus is on helping the Red Sox in whatever capacity they need him in, even if the end result is a trip back to the farm.

Outfielder Daniel Nava was optioned to Pawtucket on Wednesday to make room for Wilson. 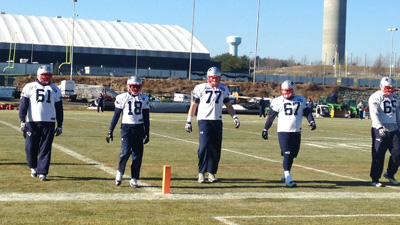