“Congratulations K.O. this couldn’t happen to a better person,” Iverson wrote on his Instagram page. “I’m very excited about you being in the National Championship game.”

Iverson and Ollie played together for several years on the Philadelphia 76ers, most memorably in 2001 when the 76ers advanced to the NBA Finals.

Although Iverson played two seasons with UConn rival Georgetown, he said he will be cheering for UConn in Monday’s national title game.

“I never thought I could pull for UConn, but I will this year because you’re there,” Iverson wrote. “Good luck and God bless you.” 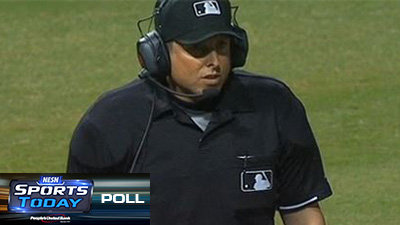 Vote: What Do You Think Of The MLB Replay System So Far?