This was a classic example of how knock-out soccer works. Real Madrid’s two first-half goals sealed the result, making the final 70 minutes an exercise in damage limitation for Bayern Munich and a triumphant march toward Lisbon (where the final will take place) for Real Madrid.

Benzema, Ronaldo, Bale and di Maria gave Real Madrid the thrust it needed to blow past Bayern Munich. Alonso and Modric steadied the ship, and the back four won the two-game series with a nearly flawless showing over 180 shutout minutes.

Bayern Munich failed in its quest for a successful title defense because Real Madrid had the speed on the counter-attack and defensive quality to win. The longer it took Bayern Munich to score, the more this matchup in styles tilted in Real Madrid’s favor.

Some pundits will bemoan Bayern Munich’s lack of a “Plan B” or its reliance on zonal marking, but those views fail to recognize that Bayern Munich rode that strategy all the way to the semifinal. It’s how the club plays under Pep Guardiola.

Finally, we can’t ignore Guardiola’s emotional state. The Bayern Munich head coach lost his childhood friend and former assistant (at Barcelona), Tito Vilanova, to cancer on Friday. Vilanova’s illness and death certainly weighed on Guardiola in recent weeks, and we’ll never know how much of a negative effect it had on Bayern Munich’s preparations for both legs. The Bayern Munich wall jumped, and Ronaldo slid his shot underneath it into the goal from 25 yards out.

A minute prior, Casillas saved Kroos’ left-footed shot from outside the area.

76th minute, 3-0 Real Madrid (Real Madrid leads 4-0 on aggregate): Gotze comes close to scoring but misses the target from inside the area.

Had Ramos received a yellow card he would have missed the final.

The home crowd reacts to Ribery and Muller’s departures with whistles. Pizarro and Goetze come on for the last 20 minutes.

60th minute, 3-0 Real Madrid (Real Madrid leads 4-0 on aggregate): Ribery dribbles past Coentrao into the area and takes a right-footed shot, but Casillas collects it comfortably.

58th minute, 3-0 Real Madrid (Real Madrid leads 4-0 on aggregate): Robben misses with a curling shot from outside the area.

55th minute, 3-0 Real Madrid (Real Madrid leads 4-0 on aggregate): Bayern Munich has continued to press for that elusive goal, but Real Madrid is staying compact, soaking up the pressure and breaking forward with speed as it did for the first three halves of this semifinal series.

Bayern Munich could take a direct approach, but Real Madrid is well-equipped to defend any and all tactics.

Halftime, 3-0 Real Madrid (Real Madrid leads 4-0 on aggregate): The first half has come to an end with Real Madrid cruising toward the final.

Real Madrid has its focus, desire and speed to thank for this commanding lead. Ramos’ rapid-fire goals highlighted the visitors’ physical superiority, as they punished Bayern Munich for giving away fouls in dangerous positions.

Bayern Munich collapsed after the second goal, and the game has threatened to take a nasty turn. Knowing its place in the final is as good as secure, Real Madrid hasn’t taken Bayern Munich’s bait.

There’s little, if anything, Bayern Munich can do to overturn this deficit. Losing graciously is the Germans’ remit for the next 45 minutes.

Alonso will miss the final should Real Madrid advance. The goal came off the counter-attack. Di Maria started it with a pass to Benzema at the halway line. Benzema passed to Bale, who outraced Boateng on the dribble over 40 yards before slotting a pass to Ronaldo.

Ronaldo then slid his shot past Neuer.

Real Madrid can start booking its tickets to the final in Lisbon.

Bayern Munich is reeling after Ramos’ double strike. The host needs four goals in the next 65 minutes to advance to the final. Modric floated a corner kick into area, and Ramos rose above the crowd to thunder a header past Neuer.

Ninth minute, 0-0 (Real Madrid leads 1-0 on aggregate): Neuer dashes out of his penalty area to head a through-ball away and nearly causes a calamity.

The ball fell to Bale, who hit a sidewinder shot from 40 yards out. But the Welshman hit it deep into the stands.

Sixth minute, 0-0 (Real Madrid leads 1-0 on aggregate): The game has had a fast, end-to-end opening, as both sides attempt to seize the initiative.

As predicted, Bayern Munich has enjoyed a greater share of possession, but Real Madrid is looking to counter with speed at every opportunity.

First minute, 0-0 (Real Madrid leads 1-0 on aggregate): The game  is under way after a spectacular fan display at the Allianz Arena.

Pregame: Bayern Munich has made one change to the team, which fell in Madrid last week, and it could be a big one.

Muller, the extraordinary “space sniffer” returns to the starting 11 at Rafinha’s expense.

This means Lahm will go back to his natural position at right back, while Kroos and Schweinsteiger patrol the midfield behind Muller and wingers Robben and Ribery. The change should give new life to Bayern Munich’s midfield, allowing Schweinsteiger and Kroos to sit deep and adding dynamism in the attack. It also makes life tougher for Alonso and Modric.

Real Madrid is also in a stronger position than it was in the first leg. Ronaldo and Bale start after making full recoveries from leg ailments and the flu respectively. Bale’s inclusion makes Real Madrid that much more of a threat on the counter-attack.

Here are a few other fun facts.

Noon ET: Bayern Munich and Real Madrid, two of club soccer’s perennial titans, meet in Munich on Tuesday with a place in the 2013-14 UEFA Champions League final at stake.

The 1-0 aggregate lead puts Real Madrid in good position to reach its first Champions League final since 2002. The Spanish giant is admittedly obsessed with winning its 10th European Cup (or “La Decima”), but its hardest work lies ahead of it.

As it did in last week’s first-leg defeat, Bayern Munich expects to dominate possession and control proceedings. But Pep Guardiola’s team must be wary. Real Madrid is arguably the best counter-attacking team in the world, and the visitors will look punish the Germans if they commit too many men forward at the wrong time.

The first goal could prove to be decisive. If Real Madrid scores at any point, Bayern Munich will need at least three to advance because of the away goals rule. Bayern Munich can even the series by scoring first. It would then have all the momentum and the home crowd behind it, as the game effectively becomes a “next goal wins” situation.

Tuesday’s game kicks off at 2:45 p.m. Join us right here for all the action from the Allianz Arena. 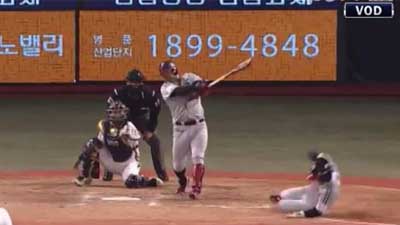