The Boston Bruins’ forward depth is a point of pride, but there are times they lean on their top talent like every other team.

Yet the Bruins’ top line entered Game 4 on Thursday against the Detroit Red Wings having tallied just one goal through the first three games. That skid finally ended, with Milan Lucic scoring the game-tying goal and Jarome Iginla netting the game-winner on the way to a 3-2 overtime win that gave Boston a 3-1 series lead.

The B’s depth allowed them to win two of the series’ first three games despite limited production from that line of Lucic, Iginla and David Krejci. However, Boston would be playing with fire if it didn’t get at least something out of the top line.

Part of that line’s lack of production has to do with its matchup. The Krejci line has spent a lot of time in this series facing Detroit’s top line. That was the case Thursday, with Henrik Zetterberg’s return making the task even more difficult.  Through two periods on Thursday night, it looked like another lost night for the Bruins’ top line. The trio struggled to do much of anything. Krejci, Lucic and Iginla were all on the ice for Datsyuk’s goal that made it 2-0 in the second period, and they had combined for just three shot attempts through 40 minutes.

All it took was one shift in the third period for them to get going, though. Lucic was the only one left on the ice after a long, effective shift, and he was able to bury the game-tying goal after a gorgeous pass from Carl Soderberg.

Lucic’s goal not only tied the game, but it also changed the complexion of the contest. The Bruins were especially effective in the third, as they finally started to establish possession while getting pucks deep in the Detroit zone in places where the B’s could manage the puck better.

“We need that line to produce for us, and we need that line to be good for us. After that goal against, they really got their game going,” Bruins coach Claude Julien told NESN’s Jamie Erdahl. “I thought it was a better showing from their part. They’re big, they’re strong, they can muscle their way to the net. As you saw, we got a few goals that way.”

Lucic, Krejci and Iginla at their best when they’re able to get pucks in deep and activate the forecheck. That allows them to use their big bodies and put pressure on the opposition’s defensemen, which leads to turnovers. That’s when they take over possession in the offensive zone and go to work. That element of their game had been missing until the third period in Game 4. Once they finally got back to it, the Bruins’ top line became its most efficient combination. After just those three attempts through two periods, the Krejci line combined for 12 combined shot attempts in the third period and overtime.

That effort culminated with the game-winning goal in overtime. An offensive zone faceoff by Krejci led to puck possession, and then the big-bodied Lucic and Iginla went to work. Dougie Hamilton’s shot from the right wing was deflected by Iginla as Lucic battled with Danny DeKeyser in front. Just the way they drew it up.

The Bruins’ top line finally found its game Thursday night, and now the Bruins need them to build on it if they’re going to have another long playoff run. No matter how deep the B’s may be, they need their best players to step up when needed most, just like they did in Game 4.

Brock Holt Optioned To Pawtucket; Will Middlebrooks Ready To Return 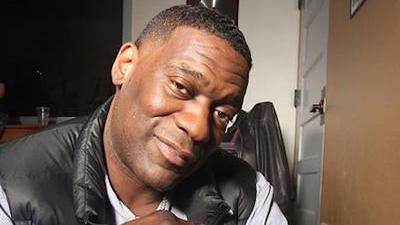