Every year in Major League Baseball there’s one team that finishes under .500 one season that then becomes a contender the next year. Red Sox fans know all about this after Boston’s worst-to-first turnaround in 2013.

One team that could be an under-the-radar contender for 2014 is the Milwaukee Brewers.  They visit Fenway Park for three games starting Friday as the Sox get an early start on interleague play. Milwaukee is 33-1 at Bovada to win its first National League pennant since 1982 and 66-1 to win the World Series.

Milwaukee slipped to a 74-88 mark last year and fourth in the NL Central, the team’s worst record since 2004. Injuries and suspensions played a huge role. Corey Hart missed the entire 2013 season and he’s now with the Mariners. Third baseman Aramis Ramirez was limited to 92 games and outfielder Ryan Braun just 61 because of injuries and his season-ending PED suspension.

Ramirez and Braun combined for 68 home runs and 217 RBIs in 2012 when Braun — who was given a standing ovation by the Brewers faithful at Monday’s home opener — had another NL MVP-caliber season after winning it in 2011. So if those two can stay on the field this offense could be explosive. Braun opened the season at 14-1 to win NL MVP.

The Brewers have one of the best offensive catchers in baseball in Jonathan Lucroy (18 HRs, 82 RBIs last season) and two rising stars atop the lineup in outfielder Carlos Gomez and shortstop Jean Segura. Gomez hit .284 with 24 home runs and 40 steals while playing a Gold Glove center field in 2013. Segura, acquired at the July 2012 deadline from the Angels for Zack Greinke, hit .294 with 44 steals.

The pitching staff should be improved in 2013 with a return to form by ace Yovani Gallardo and the addition of free agent Matt Garza, whom the Red Sox were reportedly interested in last summer when the Cubs were shopping him. Garza landed in Texas instead in what turned out to be a pretty bad deal for the Rangers. They gave up much more for Garza than Boston eventually did for Jake Peavy. Boston will miss Garza in their home-opening series as he’s starting Wednesday against Atlanta.

The Sox will see right-hander Marco Estrada in the series opener. He was 7-4 with a 3.87 ERA in 2013. Only a handful of Boston players have seen Estrada in a big-league game. Peavy is scheduled for his season debut in that one. Ramirez has a homer off Peavy in 22 at-bats. Braun is 1-for-5.

On Saturday, it’s Wily Peralta for Milwaukee. He was 11-15 with a 4.37 ERA last year but had a much better ERA outside of Milwaukee’s hitter-friendly Miller Park. No Red Sox have faced him. Clay Buchholz is scheduled for Boston.

Gallardo (50-1 for Cy Young) gets the call for Milwaukee in the finale. He had been one of the NL’s better pitchers since 2009 but slipped to a 12-10 mark with a career-high 4.18 ERA in 2013. Gallardo looked sharp in Monday’s 2-0 win over Atlanta, allowing only four hits over six innings. He will be opposed by Red Sox ace Jon Lester. Boston and Milwaukee haven’t played since 2011. 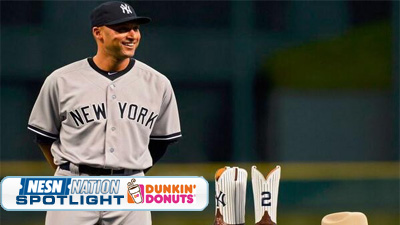