The Milwaukee Brewers waited patiently in the visitors’ dugout Friday afternoon as the Boston Red Sox received their World Series rings. One Brewers player’s legs appeared to have fallen asleep during the ceremony.

As Ron Roenicke’s club walked onto the field for pregame introductions, Brewers pitcher Wily Peralta lost his balance, stumbled for several steps and fell face-first into the infield dirt near third base. 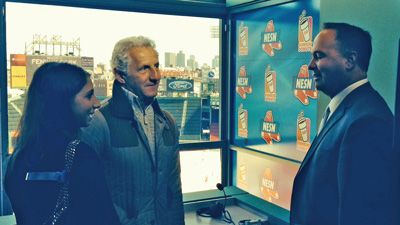