The bad news for the Boston Bruins is that they lost to the Detroit Red Wings on Wednesday night. That’s also the good news, too.

It’s a defeatist attitude, losing sucks and the B’s might never admit it, but the 3-2 loss to the Wings may have been the best thing that’s happened to the Bruins. The benefits may not be felt for another two weeks, though.

The Bruins have all but locked up the No. 1 seed in the Eastern Conference, which means they’ll get the lower-seeded wild card in Round 1. One of the teams Boston could meet in the first round would be Detroit. It’s becoming more and more apparent that a matchup with the Wings wouldn’t be the best thing for the Bruins.

They’ll be favored no matter what, but the Bruins would probably like to see someone else on the other side of the ice when things get going in a couple of weeks. The Red Wings have had Boston’s number all season long. The Bruins won the first matchup between the two clubs all the way back on Oct. 5, but since then, the Wings have dominated the season series. Detroit won three of four games against Boston this season, including a 6-1 rout of the Black and Gold back on Nov. 27. The B’s are now 1-6-1 in their last eight games against Detroit, and just 3-4-1 in their last eight games at Joe Louis Arena. Add in the fact that injured players like Pavel Datsyuk and Henrik Zetterberg could be ready once the playoffs roll around, and you have a pretty difficult first-round matchup.

That’s where the benefit of Wednesday’s loss comes into play. The Red Wings sit in seventh place now, which means they would be Pittsburgh’s problem in the first round. The Wings have a point in hand over eighth-place Columbus, a team that would be a much better matchup. One could argue that all of the teams in legitimate contention for the wild card spots (seen below) would be a better matchup for the Bruins than Detroit.

The Bruins can even help their cause on Thursday night as well. They’ll be in Toronto to take on the struggling Maple Leafs. A win over the Leafs would make it even more difficult for the Red Wings to end up in the No. 8 spot.

But Boston won’t be underdogs or anything like that, even if they do get Detroit in the first round. The Bruins really dominated the possession game on Wednesday night (on the road) and did so without one of the hottest players in the league in Jarome Iginla. The B’s would also have a pretty up-to-date scouting report. A first-round matchup against the Red Wings certainly wouldn’t signal the end of the Black and Gold. It may, however, make life just a little bit easier when the playoffs begin in two weeks, and at this time of the year, you’ll take any advantage you can get. 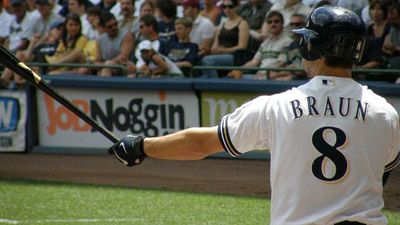