As runners began the long trek from Hopkinton, Mass., to Boylston Street for the 118th Boston Marathon, Celtics forward Jeff Green gave them all a shout-out on Twitter.

Green also included a special message to Celtics assistant coach Jamie Young, who is running the marathon for the first time. Young, a holdover from former coach Doc Rivers’ staff, is from Indiana but considers himself a New Englander after 13 years with the Celtics.

Young is running on behalf of the Shamrock Foundation. 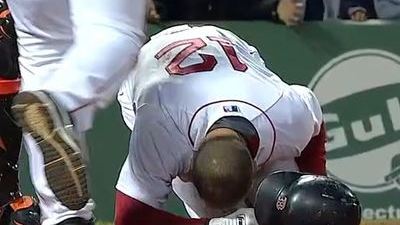 John Farrell: Mike Napoli ‘A Little Sore’ After Pitch Hit Him On Knee