Iginla was scratched Wednesday night for the Bruins’ game in Detroit, and the initial reaction was just that Boston was giving the veteran winger some rest. The Bruins eventually announced, however, that Iginla’s absence was due to a lower body injury, which certainly raised some concern among fans.

After the Bruins’ 3-2 loss to the Red Wings, though, Boston head coach Claude Julien revealed that Iginla’s injury was “not a major injury.” Julien also said that had Wednesday’s game been a playoff matchup, Iginla would have been in the lineup.

“It’s not a major injury,” Julien told reporters after the game. “He skated this morning.”

That begs the question if Iginla’s injury really is that serious at all, but it’s certainly welcome news for the Bruins that the ailment isn’t anything major. Iginla has been one of the hottest players in the NHL recently and was just named the league’s first star for the month of March. 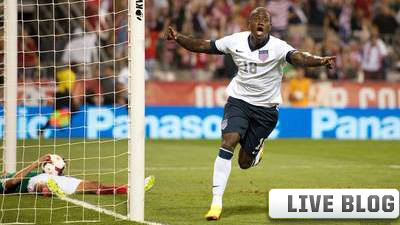