Colin Cowherd has never been afraid to speak his mind. Friday morning was no exception.

The radio host took to the airwaves on his morning show, “The Herd,” to offer a strong opinion about whether college athletes should be paid.

“I don?t think paying all college athletes is great,” said Cowherd. “Not every college is loaded, and most 19-year-olds [are] gonna spend it ? and let?s be honest, they?re gonna spend it on weed and kicks! And spare me the ?they?re being extorted? thing. Listen, 90 percent of these college guys are gonna spend it on tats, weed, kicks, Xbox’s, beer and swag. They are, get over it!”

The topic of pay in amateur athletics has been a hot-button issue recently, especially after football players at Northwestern University took steps in January to be recognized as a labor union.

Division I colleges around the country generate millions of dollars in revenue from their athletics programs but don’t distribute that revenue to student athletes, creating a dichotomy that many view as unfair.

In the week leading up to the NCAA men’s basketball championship game, University of Connecticut star Shabazz Napier admitted to reporters that he would sometimes go to bed “starving” despite the fact that the school was generating money off his team’s success.

Cowherd warns against offering compensation to college athletes, though, arguing that many student athletes wouldn’t be able to manage their money effectively. 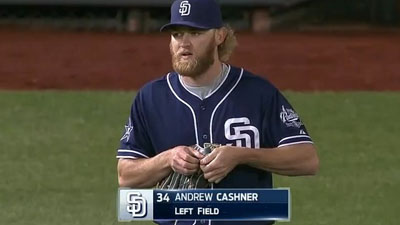 Will Middlebrooks Returns To Red Sox Lineup At Third Base vs. Blue Jays