That stat line will look a bit different after Wednesday night.

With the Boston Red Sox trailing by one run in the bottom of the eighth inning, Ortiz put a charge into a 2-0 fastball from Cotts, sending it high over Pesky’s Pole and into the seats beyond the right field wall for a three-run homer. The ball was hit so high over the foul pole that the umpiring crew called for a video review to determine that it was, in fact, a home run. It was, and a 1-2-3 ninth by Koji Uehara put the bow on a 4-2 win for the Red Sox.

“Huge hit,” Red Sox manager John Farrell said. “Hopefully, this gives us a little momentum, finishing out a series win here. We go on a long road trip, hopefully this is a jump-start for us. But so many times has (Ortiz) bailed us out, and no different (Wednesday), particularly in a matchup that was way in favor of Cotts. I mean, five at-bats previous, five strikeouts, and this time, David got him.”

Ortiz’s blast gave the game a familiar ending to Red Sox fans, but the team did not perform well at the plate for much of the afternoon. The Red Sox managed only one hit through first five-plus innings against Rangers right-hander Robbie Ross — who was making just his second career start — and that hit was a Dustin Pedroia dribbler that traveled a total of about 20 feet from home plate.

Ross struggled with command all game, walking six batters and flinging Pedroia’s infield single into right field — an error that produced the game’s first run. Capitalizing on these opportunities again was an issue for Boston, which grounded into two inning-ending double plays and produced another when Xander Bogaerts slid past the second base bag on a steal attempt in the fourth. Daniel Nava struck out looking on the play, leading to an unorthodox version of the strike-’em-out, throw-’em-out twin killing.

The Red Sox nearly saw the game slip away, as Mitch Moreland homered off Boston starter Jake Peavy in the seventh and Elvis Andrus scored on a sac fly an inning later to give Texas the lead. But, as he has so many times in this ballpark, Ortiz came through when it mattered.

“You can’t count the big boy out,” said Peavy, who worked 6 2/3 shutout innings before allowing the home run to Moreland, spoiling his chance for a win. “You can’t count this ballclub out. We’re here to grind it out and play 27 outs.

“I know things aren’t clicking on all facets of our game, but we’re certainly grinding it out just as we always have. And you see once again, get the big man up in a big situation and he comes through.”

The victory clinched a series win for the Red Sox, who now will travel to the Bronx for a four-game set with old friend Jacoby Ellsbury and the New York Yankees. 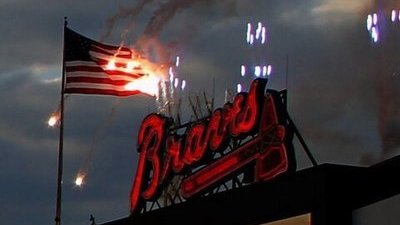 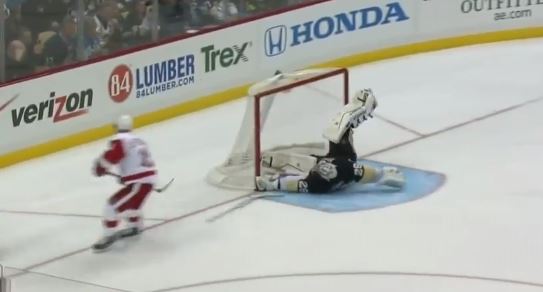