The Florida Panthers won the 2014 NHL Draft Lottery on Tuesday night, snagging the No. 1 overall pick. The Panthers had the second-best odds of winning and beat out the Buffalo Sabres.

This will be the second time in franchise history that the Panthers have chosen first overall.

The full lottery results are as follows:

There are a few notable results of the lottery. For starters, the Ducks earned their pick as compensation for trading forward Bobby Ryan to the Ottawa Senators last offseason.

The New Jersey Devils, who were part of the lottery, weren’t eligible for a top-14 pick as part of their punishment for the Ilya Kovalchuk contract situation. They will have the 30th pick in the first round.

The Islanders also have a choice to make. As part of the Thomas Vanek trade, they either must forward their draft pick to Buffalo or keep it and send the Sabres a 2015 first-rounder.

There’s no word yet as to whom Florida will select at No. 1. TSN’s James Duthie asked Panthers vice president of hockey operations Travis Viola, but Viola declined to comment. 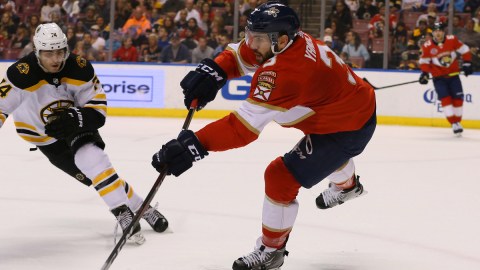 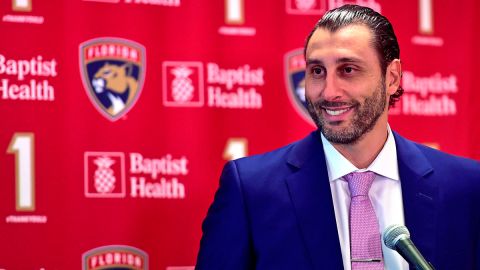