The couple was married in Mexico this weekend after a seven-month engagement. They reportedly first met and really hit it off during the Super Bowl XLVII in New Orleans in 2013.

Buck has been with FOX since 1996 and has earned seven Sports Emmy Awards over the course of his career. Beisner is currently the host of “NFL Weekly Countdown” as well as a field reporter with the league.

There was no play-by-play of the wedding posted to social media, but one notable guest at the nuptials was Buck’s on-air partner and former Dallas Cowboys quarterback Troy Aikman.

Check out photos of Michelle Beisner >> 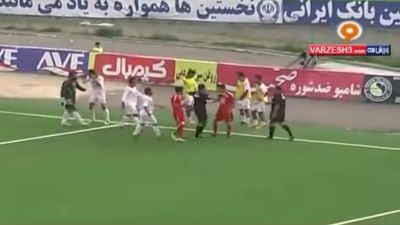