Longtime TNT sideline reporter Craig Sager recently was diagnosed with acute leukemia, so he called on his son, Craig Sager Jr., to fill in for him. The younger Sager then had to interview usually difficult San Antonio Spurs coach Gregg Popovich after the third quarter of Sunday’s NBA playoff game against the Dallas Mavericks.

Popovich answered the first couple of questions from Craig Jr. before pausing to praise him for a job well done. The coach then took the opportunity to show his softer side, delivering a heartfelt message to the veteran reporter, who’s currently undergoing treatment.

“You did a great job, but I’d rather have your dad standing here,” Popovich said. “Craig, we miss you, and you’ve been an important part to all this for a long time. We want your fanny back on the court, and I promise I’ll be nice. Get back here. Good luck.”

According to Craig Jr., that wasn’t all Pop did, either.

Check out Popovich’s full interview below. 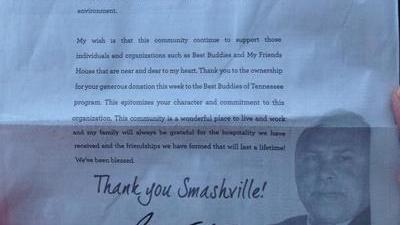