Joel Anthony Giving His All To Celtics While Former Heat Squad Preps For Playoffs - NESN.com Skip to content BOSTON — For some people in Joel Anthony’s position, these last three months might have been the longest in their lives.

Almost literally overnight — in reality, over the course of an afternoon — Anthony went from chasing a championship with the Miami Heat to playing out the string with the draft lottery-bound Boston Celtics. Instead of gearing up for a potential third straight title run, Anthony will play these final five regular-season games and then his offseason will begin early.

“I don’t know if it seems longer — it’s definitely more difficult,” Anthony said. “Pretty much everyone is a competitor, so it’s tough losing and no one really accepts losing. Even though you’re not on a team that’s going to the top, you still want to compete. It’s difficult to lose a lot of games, especially when you’ve been winning. You have guys on this team, even last year, they were winning games, competing and contending.”

At least one thing hasn’t changed for Anthony: He’s still not playing much. After seeing just 37 minutes of action total in 12 appearances with Miami, Anthony was shipped to Boston in the three-way deal that sent Jordan Crawford and MarShon Brooks to the Golden State Warriors (while saving the Heat roughly $10 million in salary and luxury tax) on Jan. 15. With the Celtics, Anthony has averaged 4.8 minutes per game in 17 games, receiving a season-high 13 minutes in Wednesday’s loss to the Washington Wizards.

Oddly enough, the person who parcels out those limited minutes only has positive things to say about Anthony and admits that under different circumstances, the 6-foot-10 veteran might be playing a lot more.

“I like Joel’s energy,” Celtics coach Brad Stevens said. “I like what he brings to the table. He’s got great discipline in his screening, he’s a good one-on-one post defender and I think he can give us our best opportunity at a rim presence defensively.”

Within the confines of the locker room or on the practice court, not much has changed for Anthony, either. Although a championship was the end goal for the Heat, it wasn’t something they talked about every day during the season, when they were simply concerned with improving as a team. The Celtics, though at a different stage in their development, have the same goal. Team chemistry, while not as tight as it is for the two-time champion Heat, has remained fairly strong among the Celtics.

Anthony insists he doesn’t often think about how his season will end in April, after three straight years of playing into June. He can’t cheat his current team by living in the past.

“It’s been challenging, but you just approach everything in a professional manner,” Anthony said. “It’s still about basketball and getting better and finding ways to win. Obviously, I was on a team that was at a different stage in terms of, right there, they were contending, whereas here it’s more of a rebuilding stage right now.

“I’m making that adjustment. I’ve been in both situations before. It’s something that I understand and I’ve been able to deal with, so I’m just trying to come with the right approach every day, just be a professional and make sure I do my work and still find ways to contribute.” 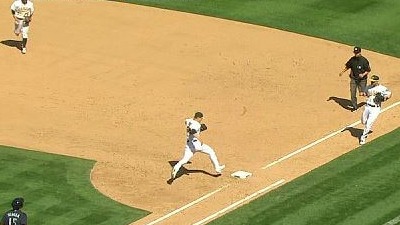 Brad Stevens Committed To Celtics; Return To College Coaching Not On Radar