If Major League Soccer’s Spanish influx is going to produce goals like this one, we say “keep ’em coming.”

On Saturday, Jose Mari scored both goals in the Colorado Rapids’ 2-1 victory over the Vancouver Whitecaps. Mari’s first was nothing short of a swerving masterpiece.

Mari, a defensive midfielder by trade, received a pass from teammate Marc Burch, turned and unleashed a left-footed shot on the half-volley from about 25 yards out. Whitecaps’ goalkeeper David Ousted could do little to stop Mari’s perfectly struck effort.

Mari then followed his first MLS goal by scoring another one just two minutes later — the eventual game-winner.

Mari, 26, joined the Rapids from Spanish club Real Zaragoza during the offseason. He is one of five Spanish players who moved to MLS clubs between the 2013 and 2014 seasons. 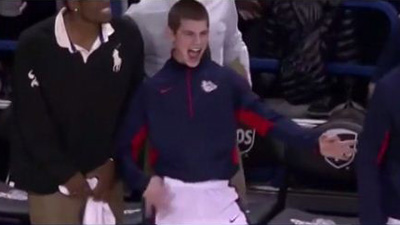