After losing by double digits in Game 1, the Charlotte Bobcats came out swinging against the Miami Heat on Wednesday night — both literally and figuratively.

With less than a minute to go and his team nursing a 97-94 lead in Game 2 of the Eastern Conference quarterfinals, Heat forward LeBron James drove hard to the basket and was met with a vicious elbow from Bobcats big man Josh McRoberts.

McRoberts’ elbow hit James square on the neck and sent him sprawling to the ground in pain. McRoberts was not called for a flagrant foul on the play, but the NBA still can review the foul Thursday and suspend the Duke product if they deem the hit too violent.

A clearly shaken James clanked the first free throw but was able to knock down the second, extending the lead to 98-94.

In the end, James and the Heat were able to withstand Charlotte’s blow and hang on for a 101-97 victory to take a 2-0 series lead.

Check out a GIF of the play below, courtesy of CBSSports.com. 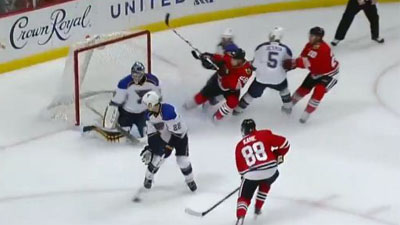 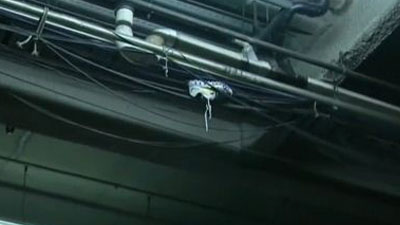