BOSTON — The Red Sox have a big problem on their hands. His name is Masahiro Tanaka.

Tanaka allowed just two earned runs on seven hits over 7 1/3 innings Tuesday as the New York Yankees rolled to a 9-3 win in the right-hander’s first ever start against the Red Sox. The solid outing was the latest in an impressive beginning to Tanaka’s Major League Baseball career, and it might not be the last time the Red Sox have trouble against the Japanese phenom.

Tanaka, who ran his record to 3-0 with a victory Tuesday, owns a sparkling 2.15 ERA and a minuscule 0.82 WHIP through four starts. Teams clearly are having a hard time figuring out the 25-year-old in his first season since coming over from Japan, and there’s no telling how long the league’s adjustment period will last.

“There’s no history,” Red Sox manager John Farrell said after Tuesday’s loss. “We’ll take a look at recent video, which we stream through the clubhouse, which is pretty common. But firsthand experience is what is the best read that we can get. I thought we took some good swings against him, but no ability to bunch many (hits) together.”

Perhaps the rest of the league will catch up to Tanaka at some point. The odds certainly are in the pitcher’s favor, though, as he features a filthy assortment of pitches that is highlighted by a nasty splitter.

The most troublesome aspect of Tanaka’s arsenal from the Red Sox’s standpoint is his ability and willingness to pound the strike zone. Tanaka has 35 strikeouts to two walks — a remarkably low walk total he said even surprises him to some extent — and that doesn’t bode well for an offense, like the Red Sox’s, that prides itself on staying patient, driving up pitch counts and getting into bullpens early. Tanaka has tossed at least seven innings in each of his first four starts, and he needed only 105 pitches to work into the eighth inning Tuesday.

“To his credit, he throws a lot of strikes. He never gave in,” Farrell said. “His split is one that presents itself to the strike zone and forces guys to commit and with late action. You’re going to get some swing and miss and some mishits. But the overall walks issued speaks to his strike-throwing ability, and he forced us to swing the bat early in the count at times to try to get something going. And you know what? He pitched a very good game tonight.”

The Red Sox might learn a thing or two about Tanaka along the way, and the back-to-back homers produced by David Ortiz and Mike Napoli in the fourth inning Tuesday suggest the young righty isn’t unhittable. But the Yankees signed Tanaka to potentially become an ace of their staff, and the results have been impressive thus far.

The Red Sox have some studying to do before Tanaka next toes the rubber against them. 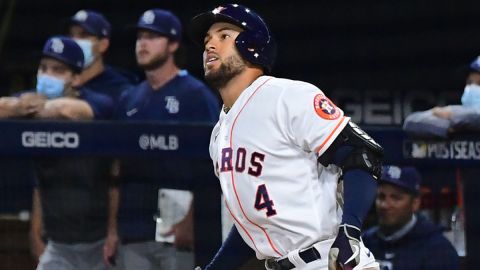