Real Madrid punished Borrusia Dortmund on Wednesday. Perhaps it was payback for what the German club did to it last season.

Host Real Madrid defeated Dortmund 3-0 at the Santiago Bernabeu Stadium in the first leg of their UEFA Champions League quarterfinal series. Gareth Bale, Isco and Cristiano Ronaldo each scored, as Real Madrid took a commanding step toward the semifinal.

Bale opened the scoring in the third minute when he ran onto teammate Daniel Carvajal’s pass and poked past Dortmund goalkeeper Roman Weidenfeller.

Isco doubled Real Madrid’s lead in the 27th minute by driving a low shot past Weidenfeller from 18 yards out.

Ronaldo gave his team a huge advantage with some fancy footwork in the 57th minute. The Portuguese superstar received a pass from Luka Modric and slotted a shot past the onrushing Weidenfeller. The goal helped Ronaldo close in on another prestigious record.

Ronaldo’s 100th career Champions League game came to a premature end, as Real Madrid head coach Carlo Ancelotti replaced him with midfielder Casemiro in the 80th minute. Ronaldo has been battling a knee problem, and Ancelotti removed him as a precaution.

The two teams will meet again in Dortmund on Tuesday, and few expect a repeat of last season’s Champions League semifinal when Dortmund overpowered Real Madrid 4-1 en route to a place in the final. Real Madrid’s quarterfinal work isn’t finished, but it has already taken one giant leap toward completion. 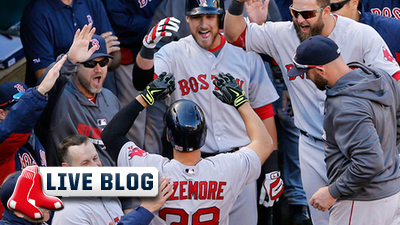