Report: Bryce Harper To Have Thumb Surgery, Likely Out Until July - NESN.com Skip to content The news on Bryce Harper’s injured thumb might be going from bad to worse, according to a report from ESPN’s Keith Law.

“Washington Nationals left fielder Bryce Harper will undergo surgery Tuesday to repair a torn ulnar collateral ligament in his left thumb and is expected to be out until at least early July, according to multiple sources,” Law’s report says.

Harper, who hurt his thumb Sunday against the San Diego Padres when he dove headfirst into third base after ripping a bases-loaded triple, was initially placed on the 15-day disabled list.

The loss of Harper is another significant blow to the Nationals, who already are missing catcher Wilson Ramos, pitcher Doug Fister and third baseman Ryan Zimmerman because of injuries.

Harper also missed significant time with an injury last season, when a left knee ailment kept him sidelined for 44 games. 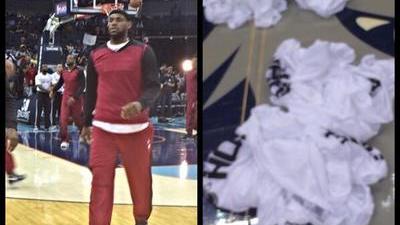