Ryan Giggs could be ready to do the unthinkable.

Not only is Giggs considering retiring as a Manchester United player, he also could relinquish his role as a coach on manager David Moyes’ staff after this season, according to the Mail.

“Such a move would send shock waves through Old Trafford after the one-club winger was drafted on to Moyes’ coaching staff in what was seen as a step towards grooming him for a possible elevation to the manager’s job in years to come,” the report says.

“But Giggs is not only ready to end one of the most decorated playing careers in recent memory but make a clean break and continue his coaching badge away from United, in the hope of starting afresh and proving himself at another club.”

The report claims that Giggs has become disenchanted over his lack of playing time in recent months. The 40-year-old midfielder has only appeared in five games (one League Cup, two Premier League and two UEFA Champions League) in 2014. His contract expires after this season, and it is unknown whether Moyes plans to offer him a new one.

Talk of retirement comes as little surprise, but rumors of his departure from the coaching staff are a new development.

Giggs is arguably Manchester United’s greatest-ever player, having spent his entire 24-year professional career with the club. He debuted in 1990 and went on to win 26 major trophies in his glittering career.

Last month, reports of a falling out between Giggs and Moyes made headlines, but Giggs refuted them two weeks later.

Giggs’ departure would represent the latest break from the past in Manchester United’s season of upheaval. 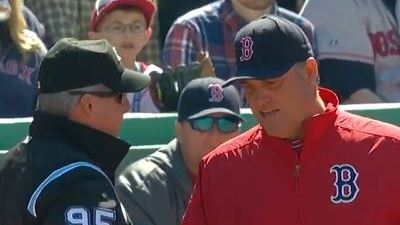