Shaquille O'Neal Has A LinkedIn Profile, And It's Hilarious (Photo) - NESN.com Skip to content

Shaquille O’Neal has never been shy about showcasing his talents.

The former NBA big man has promoted himself in a variety of different ways since retiring from the Boston Celtics at the end of the 2010-11 season, from appearing in promotional videos to even launching his own soda brand.

It appears that Shaq has found a new way to market himself, creating an official LinkedIn page that does indeed belong to him, according to Slate Magazine.

It’s hard to pick the best part of his hilarious profile, but a title of “Owner, alot of companies” is a good place to start.

Shaq’s profile goes on to explain that he’s “working on a lot of different ventures” and humbly adds that his “best asset is that I am proven to lead teams to championships. I mean multiple championships.”

You can’t blame the four-time NBA champion for his confidence, but he’ll have his work cut out for him if he hopes to win another ring. O’Neal recently bought a minority ownership stake in the Sacramento Kings, who finished this season with the third-worst record in the Western Conference.

Time to update that profile, Shaq.

Tim Donaghy: NBA Wants Nets, Not Raptors, To Face Heat In Next Round 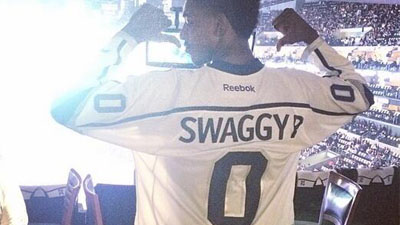