MINNEAPOLIS — Minnesota Timberwolves coach Rick Adelman has decided to retire after 23 seasons in the NBA.

The decision Monday brings to an end a celebrated coaching career that includes 1,042 victories, eighth on the NBA’s career list. He coached Western Conference powers in Portland and Sacramento and also had stops in Golden State and Houston.

Adelman said the time is right for him to step aside and spend more time with his wife, Mary Kay, who has been treated for seizures over the last two years. He also thinks the Wolves need a fresh voice to help them try to persuade star power forward Kevin Love to remain in Minnesota.

“I think it was kind of a gradual thing that just kept coming,” Adelman said of his decision-making process. “And looking for the whole organization, I think it’s best that maybe a new voice at the coaching position would be best right now.”

After missing the playoffs for the third straight season, Adelman decided it was time to walk away from one of the most quietly influential coaching careers in NBA history. The introverted coach worked below the radar for most of his career, but his impact on the league is unquestioned.

“I think every coach in this league has taken some of his concepts,” Bulls coach Tom Thibodeau said. “You can see every team has part of his corner series as part of their offense.”

Adelman won at least 50 games in a season 11 times in his career, helped turn around the Trail Blazers in the late 1980s and then built a power in Sacramento. He had more modest success with Houston and Minnesota, but walks away with his fingerprints all over the league.

While with the Kings, Adelman worked with assistant and former Princeton coach Pete Carril to fine-tune his famed “corner” offense, a precision system that maximized the talents of big men Chris Webber, Vlade Divac and Brad Miller, all of whom were gifted passers from the elbow of the lane.

Michigan State’s Tom Izzo, a friend of Saunders for years, Iowa State’s Fred Hoiberg, a former Timberwolves player and executive, and ESPN analyst George Karl are among the candidates likely to be considered to take over a team that has the longest-running playoff drought in the league at 10 years. Saunders himself could also take over, though owner Glen Taylor has said he prefers to keep Saunders in the front office. 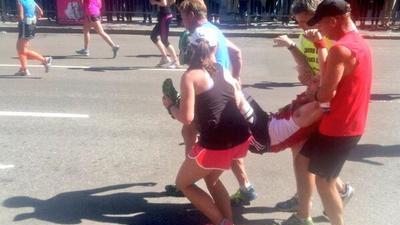