It’s impossible to properly grade a team’s draft class just days after the event is complete, but based on needs and perceived value, the selections still can be judged. This week, NESN.com will grade the picks made in each division, starting with the AFC East.

The New England Patriots followed their board, the Buffalo Bills mortgaged the future for a great player, the Miami Dolphins reached, and the New York Jets found value but waited on some big needs.

The Patriots planned for the future and followed their board in this year’s draft. They had needs on their offensive line, but it was a surprise to see them go to the position three times on Day 3. Coach Bill Belichick said Saturday after the draft that Stork, Fleming and Halapio simply were the best players on their board at those selections.

Easley could be a high-impact player as soon as 2014, and Stork and White could contribute next season. The rest of the Patriots’ picks will fill much-needed depth with upside for the future.

The Bills’ draft looks impressive on paper, but they gave up a 2015 first-round pick to move up from No. 8 overall to No. 4 — too steep a price for a wide receiver in an extremely deep class.

Kouandijo could start at right tackle in 2014, and Cockrell and Richardson were nice values. Henderson is a giant risk, but he was worth it in the seventh round, since he’s one of the most athletically gifted players in the entire draft.

The Dolphins reached for a need when they drafted James in the first round. They might have been better off trying to trade up when Michigan tackle Taylor Lewan fell to No. 11 overall or trying to trade down for James.

Landry and Turner should be good pros, and Aiken and Lynch were good values on the third day of the draft.

The Jets went into the draft with major needs at cornerback and wide receiver — and drafted a safety and tight end.

Pryor is a hard hitter with coverage skills, and Amaro is a great receiver but lacks blocking experience. The Jets have to hope that either Saunders or Evans looks great in training camp, since one of them might need to be New York’s No. 3 receiver in 2014.

Boyd and Reilly were ranked higher than where they were drafted by most analysts, making them great value picks in the late rounds. 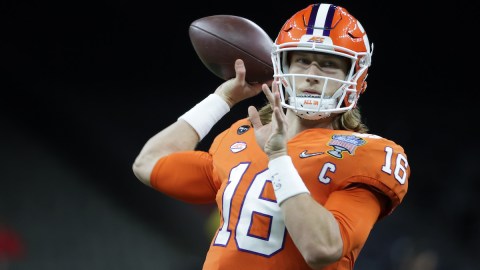