FOXBORO, Mass. — Asa Watson is entering the New England Patriots’ organization under much different circumstances than his brother, who was drafted by the team 10 years ago.

Tight end Ben Watson was a first-round pick of the Patriots (No. 32 overall) in 2004, and Asa is joining the team as an undrafted free agent after dealing with a heart ailment as a junior and a reduced role in the North Carolina State offense as a senior. The rookie tight end said Tuesday at Gillette Stadium, where he used to watch his brother play, that New England showed him the most interest as a rookie free agent.

?It feels really cool,” Watson said about being back in Foxboro. “It?s really surreal. To see it as a young person and now I?m actually in the position (Ben) was. But it brings its own challenges, and I?m trying to learn and pick things up as fast as I can. It?s definitely a lot different from college.”

Asa was in eighth grade when Ben was drafted by the Patriots, and he has fond memories of watching his brother while growing up in Rock Hill, S.C..

?I was watching TV, I remember sitting on the couch, I thought the play was over,” Asa said about Ben’s famous play in the 2005 playoffs, when he chased down Denver Broncos cornerback Champ Bailey after an interception. “All of the sudden my dad my jumps up and said, ?Look at Benjamin! Look at Benjamin!? He chased down Champ Bailey. It was amazing.?

The elder Watson still is in the NFL playing for the New Orleans Saints, but Asa feels like he still can lean on and talk to Ben whenever he finds some free time.

“Yeah, he’s always open to talk,” Watson said. “That’s the good thing. He’s always been a help to me. The thing is just making time to get down and do that. I gotta study in my free time, and when I’m not studying, I gotta do this. So it’s a lot on my plate.”

Watson was at a restaurant when he received the call from the Patriots, celebrating Mother’s Day with Ben and the rest of his siblings. Ben told Asa it would have been cool if he had been picked up by the Saints, but that he was happy for him wherever he signed.

“He was excited,” Asa said about Ben’s reaction to the Patriots’ call. “He came out the elevator and jumped on me. We just had a big group hug.”

The Patriots decided against drafting a tight end in the 2014 NFL draft, instead signing three rookie free agents at the position. At least one of those players will have a good chance of cracking New England’s opening roster. 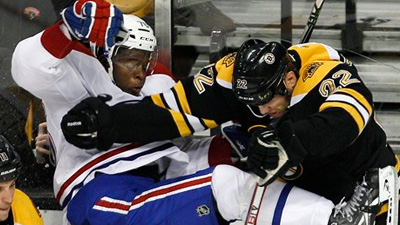