The New England Patriots’ medical and training staff better be paid time and a half this offseason.

Bill Belichick once again is ahead of the curve in finding devalued bargains in the NFL draft and free agency, and the Patriots coach’s latest attempt has him signing and drafting players with knee injuries once deemed catastrophic. This offseason, Belichick hasn’t seen a torn ACL he doesn’t like.

On Thursday, Belichick flicked away any concerns that Dominique Easley’s right knee injury will hold him back.

“We’re confident that he’ll be able to return from the injury like almost everybody who’s had an ACL has, so I don’t think it’s the type of injury that isn’t pretty common in our league,” Belichick said during an interview with SiriusXM NFL Radio. “He’s working hard to rehab, and hopefully he’ll be OK. I think when he is, we feel like we got good value for that pick.”

If all goes as planned, Easley will be a monster steal at No. 29 overall in the first round. Without one torn ACL, he likely would have been a top-15 pick. Without the second torn ACL, he might have gone in the top five as the best available defensive tackle in the draft.

There’s reason to believe Belichick’s lack of concern over Easley’s knee injury is wise. Easley already returned from one torn ACL and dominated in the SEC, and Belichick has seen players such as Tom Brady, Wes Welker and Logan Mankins come back from knee injuries and regain their previous form in mere months.

Belichick’s method in finding undervalued players either will make him look like a genius or a dunce, especially given the Patriots’ lack of depth at tight end and the defensive line. When the Patriots constantly are drafting near the bottom of the first round, however, some calculated risks need to be taken.

“When you’re picking 29th, you kind of don’t know who’s going to be there until you get into the low to mid-20s,” Belichick said. “We tried to stick to the value on our board. Dominique, when we’ve seen him play, he’s been a productive player for Florida since his freshman year. He can be a very disruptive player. An impact player. His grade on our board reflected that.” 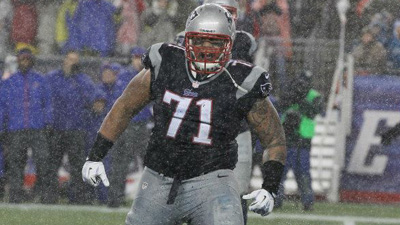