It’s not often that a Division I college baseball player misjudges a routine fly ball.

It’s even rarer when that mistake leads to an awesome play but that’s exactly what happened to Long Beach State right fielder Richard Prigatano in a game against UC Riverside on Sunday.

Prigatano was staked out under a lazy fly ball to right field but misjudged it slightly, causing the ball to deflect off his glove. In an amazing display of athleticism, Prigatano stuck out his right foot and managed the kick the ball up into the air and right back into his glove.

The catch appeared on highlight reels across the country instead of fading into obscurity and to top it all off, Long Beach State cruised to a 12-2 win. 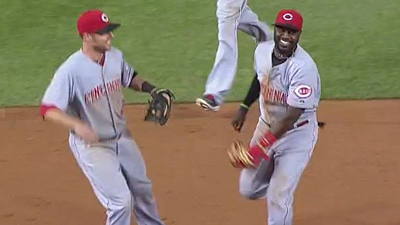