FOXBORO, Mass. — Five-time Pro Bowlers typically don’t take their time to ease into new surroundings. They dive in, grab hold of whatever responsibilities and opportunities arise, and before long are the leaders of their new unit.

Darrelle Revis, especially, is not known for being overly cautious in any setting, particularly the football field.

Yet with his first round of offseason training activities wrapped up, Revis said Friday that he not focused on anything more than his own role. Although he promises to be just as outspoken as ever with the media, for the time being he is just one of several new faces in the revamped secondary.

“You’ve got to take a step back,” Revis said. “There’s guys that have been here for many years. Devin McCourty, Logan Ryan is a smart guy, they’ve been in this system a little bit, so I’m just trying to take a step back, get feedback from those guys and go from there.”

Revis and Brandon Browner were brought in this offseason to bolster a defensive backfield that was a weakness of the Patriots last season. As it now stands, the two elite cornerbacks would bracket safeties McCourty and Duron Harmon. Offensive coordinator Josh McDaniels is already eager to send his wide receivers against that foursome in practice.

“It’s exciting any time you add players on the other side of the ball that you know are really going to bring out the best in you,” McDaniels said. “We’ve got a really good group over there that practices well with our guys. We should make each other better, hopefully, in the long run.”

Revis and the Patriots act as though he is simply another body. Of course, he is more than that. Revis will be paid far more handsomely than some disposable piece if he fulfills his full two-year contract with the Patriots. But in addition to making the first string stronger, the additions of Revis and Browner create depth at their positions that the Patriots did not enjoy last season.

“The one thing I would say is that we’re very fortunate to have a group of people full of competitive guys,” cornerbacks coach Josh Boyer said. “Brandon Browner is a competitive guy. Darrelle Revis is a competitive guy. Logan Ryan is very competitive. Kyle Arrington is the same. Justin Green, who was on our roster last year, he’s been competitive for us, then we’ve got a great group of young guys that have come in. They’re the same mold. They’re all working and pushing each other to get better.”

Eventually, Revis is likely to rise to the top of that group. For now, he is acting like just one of the guys until his talent takes over — and appreciating no longer being in Tampa.

“From the inside out, it’s totally different,” Revis said. “There’s things that you didn’t expect with how this organization is run from top to bottom. You’ve got to crown your hat off to (Robert) Kraft for how this organization operates. It’s a winning organization, and I’m happy these guys gave me the opportunity to come in here and be a part of it.” 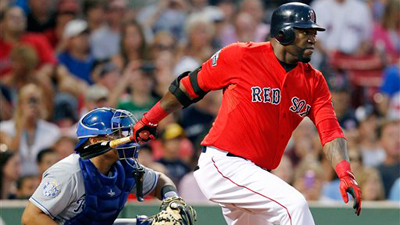