LOS ANGELES — The estranged wife of Los Angeles Clippers owner Donald Sterling will fight to retain her 50 percent ownership stake in the team, her lawyer said Thursday, adding an unwanted twist to the NBA’s plan to force new ownership on the franchise.

Shelly Sterling’s attorney, Pierce O’Donnell, said his client “will not agree to a forced or involuntary seizure of her interest.”

“As her lawyers we will fight vigorously to defend her property rights,” he said.

O’Donnell said Mrs. Sterling has no interest in managing the Clippers and wants a new investor group to come in with a professional management team.

O’Donnell also told The Associated Press that Shelly Sterling has been separated from her husband for the last year and is considering divorce. There is no record of legal separation documents being filed, though O’Donnell said the couple is living apart.

Last week, NBA Commissioner Adam Silver banned Donald Sterling from the NBA for life and urged league owners to force him to sell the team. The move came after a recording surfaced in which Sterling made racist comments, telling friend V. Stiviano that he didn’t want her to bring black people to Clippers games.

At a news conference announcing the decision, Silver said no decision had been made regarding whether Mrs. Sterling or any other Sterling family member will be allowed to retain an ownership position.

O’Donnell said he spoke with NBA officials Thursday morning but declined to elaborate. He said Mrs. Sterling has been working cooperatively with Silver and his staff and supported his announcement seeking a new chief executive officer for the team and the NBA’s decision to place longtime team President Andy Roeser on leave.

O’Donnell said Mrs. Sterling “abhors” her husband’s comments and that “the Sterlings may share the same last name, but she does not share his values on race.” The Sterlings have been married 57 years, O’Donnell said.

“We abhor guilt by association in America,” O’Donnell said. “The sins of the husband cannot be imputed to the wife or children.” 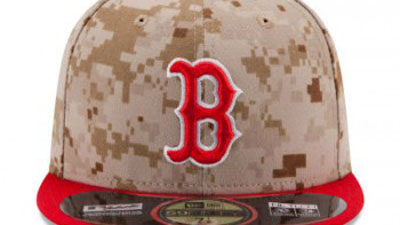