There will be no hockey for the Las Vegas Wranglers in the 2014-15 season.

The minor league hockey team announced Tuesday that it would take a yearlong hiatus from the ECHL following its failure to secure a new home rink. The Wranglers essentially were left homeless when the season ended as they learned their lease at the Orleans Center would not be renewed.

The team toyed with the idea of building an arena on the roof of the Plaza Hotel and Casino in downtown Las Vegas, but it abandoned that plan just two weeks after announcing it because of high costs. Unable to come up with another solution in sufficient time, the Wranglers will take a “voluntary suspension” from the league to find a new venue.

?The Wranglers have been granted a voluntary suspension by the league?s board of governors, and they are working diligently toward securing a new facility as they return to the ice in the 2015-16 season,? ECHL spokesman Joe Babik said, per KXNT-TV in Las Vegas.

The Las Vegas Sun reported that current Wranglers players are free agents and will be allowed to play with other teams in the upcoming season. 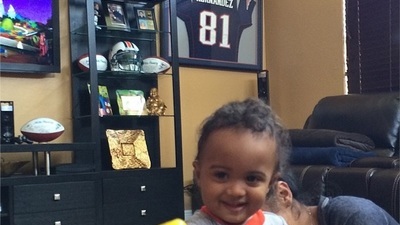 Ray Rice Gets OK For Court Program, Will Avoid Trial For Assault Charge