Doubront, who was placed on the 15-day disabled list Wednesday with a left shoulder strain, set off his injury by bumping into a car door Monday, according to manager John Farrell. Doubront was removed in the fifth inning of Tuesday?s start against the Toronto Blue Jays at Fenway Park after experiencing a ?weird? feeling in his shoulder.

?I think the impact didn?t allow for the normal firing,? Farrell said Wednesday. ?That?s the explanation and information I?m given at this point. If he doesn?t respond as we anticipate through the course of rehab and treatment, we?ll certainly take a closer look through an MRI. But that?s the findings right now.?

Doubront said after Tuesday?s game that he began experiencing discomfort in the second inning, though it wasn?t until the fourth and fifth innings that the left-hander began to show diminished velocity. Doubront surrendered back-to-back doubles to Jose Reyes and Melky Cabrera to open the fifth inning, at which point Farrell visited his starter and made a pitching change upon learning of his symptoms.

?There?s overall fatigue — we saw that in the velocity (Tuesday). But there wasn?t anything through the examination that pinpointed any one spot,? Farrell said. ?The impact of the contusion, so to speak, didn?t allow the shoulder to fire normally, and that?s where we saw the diminished velocity. But any time we take a pitcher off the mound inside of a given game, we?re going to take a cautious approach, and we don?t feel like in four days he?s going to be back to 100 percent, so we put him on the disabled list.?

Doubront had difficulty explaining his discomfort after Tuesday?s game, saying it wasn?t painful but that he never has experienced anything quite like it. The Red Sox clearly aren?t messing around, though, which makes sense given that the 26-year-old has dealt with shoulder fatigue in the past.

?We can?t go back,? Farrell said when asked if he wished Doubront told him about Monday?s car door incident before Tuesday?s start. ?If he felt it was that severe, he would have said something about it. But in his mind, he didn?t feel like it was going to hinder his ability to pitch.?

The Red Sox haven?t determined who will start in Doubront?s place the next time through the rotation, although Farrell pointed to Brandon Workman and Allen Webster as two candidates. 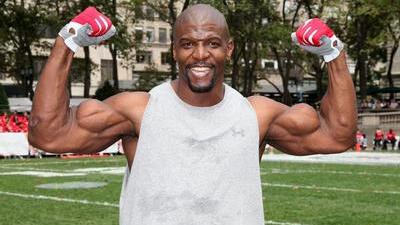 Former Linebacker Terry Crews: ‘The NFL Is A Cult’