BOSTON — NHL commissioner Gary Bettman made the trip to TD Garden for Saturday afternoon’s second-round Game 2 between the Bruins and Montreal Canadiens.

He addressed several different topics at a media session before puck drop, including the possibility of expansion, the projected salary cap for next season (and how the Canadian dollar’s health affects that), the new playoff format, next year’s outdoor games (Winter Classic and Stadium Series) and concussion protocol.

His thoughts on those topics are below.

“We?re not considering expansion right now. We have not engaged in [an] expansion process. You asked me the question about Las Vegas, and my answer, even though they are building a building, is no different than Quebec City. If we reach a point in time where we decide we want to go through a formal expansion process — then we?ll evaluate all potential applicants and opportunities. I answer the questions that I?m asked. I get asked about Seattle far more, other than days like today, than I get asked about Quebec City. But, we?re not ready to expand. I get asked the question, actually a lot more, in the following way ? if you have sixteen teams in the East and only fourteen teams in the West, what are you going to do to fill sixteen and sixteen? Which, by definition, creates a problem, at least in the question for Quebec City. And I say, and I?ll say it again, we don?t expand just for purposes of symmetry.”

“Well, there?s good major junior tradition there, there?s a lot of interest. There?s potential of a good west coast rivalry with Vancouver. But the threshold issue, before we can really seriously consider Seattle, would be whether or not there?s a building coming out of the ground. Key Arena is inadequate, and Chris Hanson, who?s the one controls the rights to build a building, is focused on an NBA team. So, until the building issue is one that we can understand better and be told that there?s a realistic possibility of the building coming out of the ground anytime soon, that?s not something that we can seriously consider.”

“I think it?s very nice for the people of Las Vegas and people who go there to visit that there will be an arena. Beyond that, we haven?t made any plans. We, as I?ve repeatedly said, have received expressions of interest from people who might want to own a franchise in Las Vegas, as we have from a number of other cities. But, we?re not involved in any expansion process.

“I don?t know that there?s any league that?s formally accepted or rejected Las Vegas. Nobody has had the opportunity or the need to focus on it in the particularity that you?ve asked the question. Obviously, if it?s something that we decide to consider in the future, that will be a factor that we?ll have to look at.”

“Our system corrects for fluctuations in the Canadian dollar, because all of our computations are done in U.S. dollars. So if the Canadian comes down, as it has a little bit, then HRR, Hockey-Related Revenue, will be down, and the cap will be down. I?m not talking sizeable amounts of money, maybe a million or two.

“Well we?ve said, and these are rough, rough projections because we don?t have enough data yet, the guesstimate was around $71 million. With the Canadian dollar down, maybe it could be 69 or 70, in that range. But those are just rough estimates, nothing more than that at this point.”

“I think it?s been spectacular. It emphasizes rivalries. We don?t have a team in the second round that has to travel 400 miles, which is nice in terms of the wear and tear of our athletes … We?ve had, I think, 16 overtime games. I think we?ve had 17 games where a lead of two goals or more has been eradicated. That?s what it?s all about, it takes place on the ice, and we?re very pleased with what we?ve seen so far.”

“Well, we don?t believe that our team doctors have an agenda other than the safety and well being of the players. The fact of the matter is, the protocol begins where there?s a head incident and it looks like the variables and factors are there that would necessitate the player going to the quiet room and getting baseline testing to see it. I?m not a doctor and you?re not a doctor, but the fact of the matter is — we don?t want our players who have concussions playing until they?re cleared to come back and our clubs and our physicians and our trainers are all committed to that. So, we don?t know the specifics, whether or not an injury is declared as upper body or not has nothing to do with the fact that if it?s a concussion, it?s a concussion and it?ll be treated as such, in accordance with the physicians and our protocol (that) says it?s appropriate.”

“There hasn?t been too much talk about too much. In fact, our teams and our fans are telling us they can?t get enough of them. We play to something like 350,000 people; in the six games all the stadiums were full. It?s been great. If you?re a team that?s participated in one or hosted one, you?re also telling me that you don?t want to wait ten or fifteen years to get another. So, when you look at the games and how well they were received and attended, and the attention and the popularity, I don?t think we?ve done too many. I don?t think we?ll do six. Last year was a little unique with the Olympics and going out to the Olympics, coming back from the Olympics, and the fact that we had to deal with the three teams in the New York, New Jersey area, so we were six games in five venues. We won?t do that many. Beyond that, I?m not prepared to make any announcements yet — other than, as everybody knows, the Winter Classic next Jan. 1 will be in Washington. We haven?t decided on a venue, we haven?t announced an opponent; we haven?t announced future Winter Classics, or what the future Stadium Series games will be. There will be some, but we?re just going to have to keep speculating at least for the time being.” 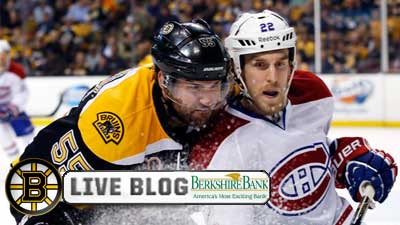 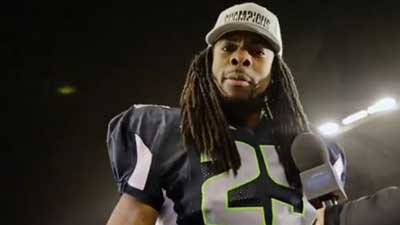