Yup, everything was back to normal again for the Boston Red Sox.

With almost everyone assuming a role outside their usual skillset, the Red Sox surged past the Atlanta Braves 6-3 on Tuesday. The victory was the Red Sox’s second straight and marked their first winning streak since taking two straight against the Texas Rangers on May 10 and 11.

When a team gets as low as the Red Sox did over the last two weeks, losing 11 out of 12 and being shut out twice, players talk about not panicking, about doing just what they have always done. That’s nonsense, of course, and the Red Sox showed us so against the Braves. Whether it was Gomes laying out for a web gem-worthy diving grab or Bradley snapping out of a slump to stroke singles on back-to-back at-bats, the last of which plated two Boston baserunners in the decisive four-run seventh inning, the Red Sox didn’t just do the same things they have always done.

They did more, which is exactly what they had to do.

For sure, there was plenty of the same old Sox, with Dustin Pedroia tallying three hits and David Ortiz driving home the run that knotted the score at 3-3 after Boston struggled to break through for six-plus innings. Jon Lester wasn’t entirely sharp, allowing 12 baserunners over six innings and throwing 67 strikes out of 111 pitches, but he did enough to earn the pitching win. And Uehara shut the door in the ninth, as he typically does, for his 11th save.

But those contributions alone would not have been sufficient to win Tuesday. Brock Holt set the tone from the first at-bat of the game, sending a single up the middle, taking second on an error by Atlanta third baseman Chris Johnson and scurrying to third on a wild pitch. Holt’s heady baserunning helped Pedroia’s otherwise harmless fly ball to center three batters into the game become a sacrifice RBI to open the scoring.

Pretty soon, little heads-up hustle plays like Holt’s — plays that were the hallmark of the 2013 team — were happening all over the place. Grady Sizemore hit safely in his first two at-bats and stole third base before scoring on a Ross single in the fourth, but a 6-3 groundout in the seventh may have been his biggest contribution. By simply making contact in the one-out, bases-loaded situation, Sizemore drove in the run that put the Red Sox ahead for good. Likewise, Gomes’ diving catch will make the highlights, but his two catches down the right-field line, when he ranged far over from his position to make the outs, came at crucial times.

Little things led to big things — like Bradley’s two-run single after the Braves intentionally walked Ross to pitch to the sub-.200 hitter.

None of this is sustainable over a full season, obviously. The Red Sox won’t be better over the long haul by asking Gomes to patrol center or sticking Bradley in the cleanup spot. Those roles don’t play to those players’ strengths. Doing something extra, by its nature, isn’t something players can be asked to do every day.

When the boat starts to list, though, good sailors don’t just keep doing the same things they’ve always done in fair weather. They make some adjustments to keep themselves afloat until the skies clear. The Red Sox weathered their worst storm in 20 years and now look to get back to normal again, with the water looking a little less choppy. 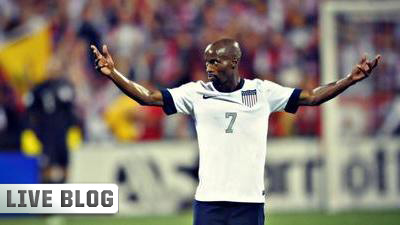