Jamie Collins: I'd Rather Rush QB Than Cover For Patriots On Third Down - NESN.com Skip to content The New England Patriots’ defensive line could get crowded next season.

Jamie Collins said Tuesday at Gillette Stadium that he would rather rush the quarterback in sub packages than drop into coverage, which is exactly what Dont’a Hightower said last week. Jerod Mayo might not be sent on many linebacker blitzes.

Collins and Hightower both have experience rushing off the edge from their college days, though neither player has received full-time pass-rushing snaps since joining the Patriots. Collins had the opportunity to play outside linebacker in the Patriots’ 3-4 defense in Week 7 of the 2013 season, but he was removed from the game early in favor of a heavier front seven.

Collins has tons of upside as a pass rusher, however, after recording 10 sacks as a senior at Southern Miss, playing defensive end. In the final three weeks of the Patriots’ 2013 season, including playoffs, Collins had a sack, four quarterback hits and two hurries, mostly on blitzes.

Patriots defensive end Rob Ninkovich walked through the locker room last season as the team prepared for the Indianapolis Colts in the playoffs, joking — or not — that Collins was trying to steal his role as a pass-rusher. Ninkovich also offers versatility as a lineman or linebacker.

Collins also is strong in coverage, however. He started his career at Southern Miss as a safety, and he displayed his man-coverage skills against the Colts, covering tight end Coby Fleener and allowing just two receptions for 12 yards.

Collins gives the Patriots plenty of versatility, but it might be ideal if he was allowed to turn loose with one role. He played well with a lot on his plate as a rookie, however, especially after starters Jerod Mayo and Brandon Spikes went down with injuries.

Collins’ versatility allows the Patriots to get creative in the 2014 NFL draft. They can draft the best-available linebacker, whether he specializes in coverage or rushing the passer. 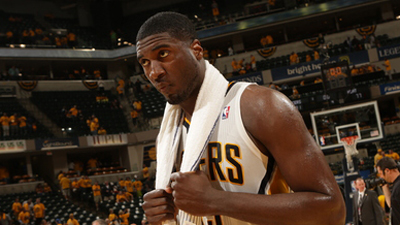