At the NFL Spring Meeting in Atlanta, Dallas Cowboys owner Jerry Jones spoke very highly about the singer, who has joined Larry Tanenbaum, among others, to bid on the Buffalo Bills, according to ESPN.

Bon Jovi was the one of the founders and owners of the Arena Football League’s Philadelphia Soul, but according to Jones, the singer’s familiarity with other NFL owners and his ability to expand the fan base would make him a great fit.

“He knows many of the owners personally. All owners know of him. But he knows them personally. He’s committed, he’s very genuine,” Jones said Monday of Bon Jovi. “You talk about individuals and talk about their qualification — there hasn’t been anybody more qualified to be involved in sports ownership, or certainly ownership in the NFL, than Jon Bon Jovi.

“We always ought to be looking for ways to improve not only the growing of the pie but also growing the fan base,” Jones added. “And to the extent that you can involve more fans in any team location is something to be considered.”

The “great friend” of Jones isn’t just a legendary rock star (or actor, for that matter), as the Cowboys owner points out.

“I don’t know of anyone that I have any more respect for as a father, or as a husband, or certainly as a potential business partner,” Jones said. “And so it’s a credit to him that he’s had the career that he’s had, that he’s qualified to become an NFL owner. As we know, you can’t just wish for that. You have to be able to do something about that financially. So he’s an outstanding candidate to be an owner in the NFL, and he’s a great friend.” 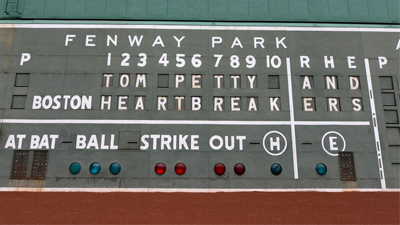