MANCHESTER, England — Manchester City won the Premier League for the second time in three seasons on Sunday, completing its campaign with a comfortable 2-0 victory over West Ham that lacked any of the drama of its previous title.

Unlike the stoppage-time comeback required in the 2012 title decider, goals on either side of halftime by Samir Nasri and Vincent Kompany provided a more serene end to what had been an exhilarating season.

“You can’t repeat what happened last time,” City goalkeeper Joe Hart said. “This year, we’ve really come on strong at the end when we needed to.”

As soon as the final whistle was blown, thousands of fans flooded onto the Etihad Stadium field, setting off blue flares. For a club that has spent so much time in the shadow of Manchester United — last year’s champion — it was just the fourth time in its 134-year history that fans could celebrate a league title.

Just 15 years ago, Manchester City was playing in the third tier of English soccer football, but the club’s fortunes were transformed after the influx of Abu Dhabi cash following a 2008 takeover.

Although Manchester City spent just 15 days at the summit during a campaign when the lead changed hands 25 times, Manuel Pellegrini’s team surged to the top when it mattered most. The 60-year-old Chilean is ending his first season in English soccer as a double winner, having already won the League Cup with a victory over Sunderland in March.

However, the league title looked out of reach for Manchester City just weeks ago after losing to Liverpool at Anfield. However, Liverpool collapsed toward the end with a loss to Chelsea and a draw at Crystal Palace.

“Liverpool’s game against Chelsea, I think that’s the twist of the season,” midfielder Samir Nasri said.

The challenge now is retaining the trophy for the first time, and replicating the electrifying domestic form in Europe to conquer the Champions League. 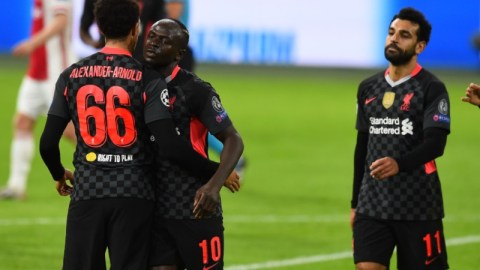 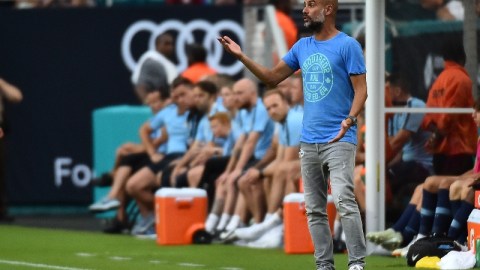