Milan Lucic 'Not Sorry' For What He Did In Bruins-Habs Handshake Line - NESN.com Skip to content BOSTON — Bruins forward Milan Lucic isn’t sorry for what he said or did after his team’s season came to an end Wednesday night.

Lucic was the center of controversy after Montreal forward Dale Weise accused him of making threats in the handshake line after the Canadiens beat the Bruins in Game 7 of their second-round Stanley Cup playoff series. The Bruins cleared out their lockers Friday, and Lucic wasn’t willing to offer any apologies.

“I’m a guy that plays on emotion, and this is a game of emotions. Sometimes you make decisions out of emotions that might not be the best ones, and that’s what it is. I didn’t make the NHL because I accepted losing or accepted failure. I think that’s what got me to this point and made me the player that I am.”

“I can’t take back what I said. I’m not apologizing for what was said in the handshake,” Lucic added. “It’s just unfortunate that was said on the ice gets leaked out and gets blown out of proportion.”

The Bruins forward’s image has taken a hit in the eyes of many in the hockey world over the last few weeks. Lucic took heat after he was fined for spearing Detroit Red Wings defenseman Danny DeKeyser, and the spat with Weise and the Canadiens didn’t help in that regard. However, Lucic isn’t worried about what anyone outside of his circle thinks about who he is as a player.

“I’m not worried about people trying to tarnish my image. I still need to be the person that I am and the people that I’m accountable to, and that’s my teammates, the coaches, my family, the fans, all those people. If I have the respect and the right image, from them, then like I said, I’m not worried about my image being tarnished other than from the people that I’m accountable to.”

Jarome Iginla: ‘I Hope To Be Able To Come Back’ To Bruins Next Season 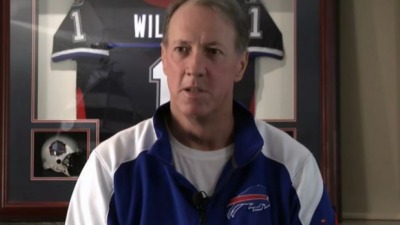