According to CBC News, a Montreal grade school had planned to host a Canadiens jersey day on Thursday to support the home team as they take on the Bruins in Game 4, but ultimately decided to cancel it to prevent students from wearing B’s gear and inciting trouble.

“We don?t think it?s prudent for a student to wear a Boston Bruins jersey in a school during this very intensive playoff play,? English Montreal School Board spokesman Mike Cohen told the CBC. ?At this stage in the game, with the Canadiens leading the series 2-1, why ignite things, why create a controversy.?

CBC reports the decision was made after a parent complained that an 11-year-old girl was told to remove her Bobby Orr shirt on a previous jersey day. The girl?s father, Tony Pasquale, wasn’t the one who complained to the school, but he told CBC News his daughter felt left out when she was told to ditch the Black and Gold.

?She?s been a Boston Bruins fan all her life, so she kinda felt really bad. She felt kind of excluded from the school,? Pasquale said.

The only way to rectify this situation might be to let this Bruins diehard wear her Orr shirt to school every day if Boston eliminates the Habs. 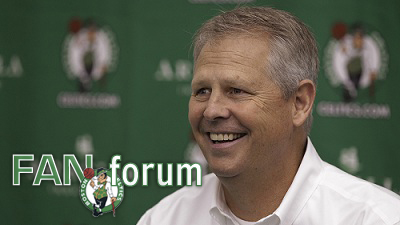