LOS ANGELES — Patrick Kane scored the tie-breaking goal with 3:45 to play, and the Chicago Blackhawks forced a decisive seventh game in the Western Conference finals with a 4-3 victory over the Los Angeles Kings on Friday night.

Kane scored two goals and set up Duncan Keith’s tying goal with 8:26 left in regulation to help the defending Stanley Cup champion Blackhawks avoid elimination for the second straight game. Chicago blew a lead entering the third period on goals by Drew Doughty and Alec Martinez, but won it with a brilliant effort by the enigmatic Kane. After Kane made the pass to set up Keith’s tying goal, he ripped a long shot through traffic in front of Jonathan Quick for the winner. Game 7 is in Chicago on Sunday night. An already memorable playoff series got another incredible chapter in Game 6, with both teams blowing leads in the third period before Kane took control.

Drew Doughty scored the tying goal and set up Alec Martinez’s go-ahead score early in the third period for the Kings, who were less than nine minutes away from their second trip to the Stanley Cup finals in three years. Chicago led 2-1 entering the third after getting goals from Kane and Ben Smith early in the second period, and Staples Center echoed with worry until Doughty tied it with 14:28 left. The Kings’ dominant defenseman took the puck from the point into the slot and fired a wrist shot past a screened Corey Crawford for his third goal in four games. Doughty then collected the puck during a power play and fed Martinez for a low shot through traffic, putting the Kings ahead 3-2 and setting off a deafening celebration.

But the Blackhawks pressed for a tying goal, and got it when Keith beat Quick with 8:26 left. With the crowd hushed again, Kane scored the winner after hanging onto the puck, finding open ice and beating Quick. Kane, last season’s Conn Smythe Trophy winner largely because of his dominance against Los Angeles in last season’s conference finals, had one point in the first four games of this series before scoring seven more in Chicago’s consecutive elimination victories.

Chicago trailed 3-1 in the conference finals after its second straight loss at Staples Center on Monday, but the Blackhawks avoided elimination at home with an epic double-overtime victory. Game 6 was every bit as entertaining, and the champions again showed their poise. The conference finals rematch between the NHL’s last two champions will be decided in a winner-take-all Game 7 – the third of the postseason for the Kings, who are 6-0 in elimination games this spring. 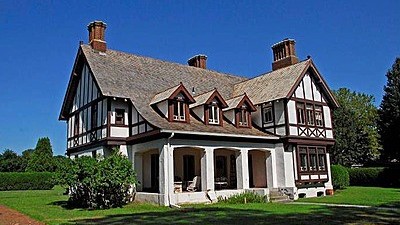