To say that Philadelphia Phillies center fielder Ben Revere does not hit for power would be the understatement of the century.

Revere — who endeared himself to Boston fans in the wake of last year’s marathon — entered Tuesday night’s game against the Colorado Rockies with more than 1,450 career at-bats under his belt but not a single home run to his credit.

That finally changed when, in his 1,466th career at-bat (and 1,566th plate appearance overall), Revere deposited a fastball from Rockies reliever Boone Logan into the right field bleachers.

The fifth-year outfielder’s teammates even gave him the silent treatment upon his return to the dugout — a move usually reserved for the greenest of rookies.

Revere’s homerless drought was the longest in the majors since Frank Taveras piled up 1,594 at-bats before hitting his first four-bagger — an inside-the-park job — in 1977.

Byron Scott On Next Lakers Head Coach: ‘I Think That Person Is Me’ 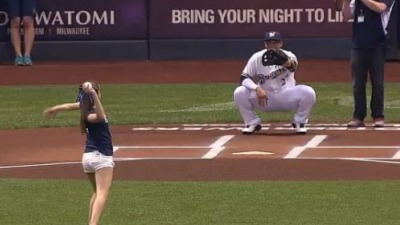