Boston Red Sox prospect Mookie Betts is on the verge of making history.

Betts, who currently is playing for Double-A Portland, has reached base in 71 straight games (including the playoffs) after working a seven-pitch walk Friday against the Trenton Thunder. Betts? on-base streak — which officially sits at 66 games because postseason games don’t count toward the total — puts the 21-year-old just five games behind the minor league record of 71, held by former Red Sox Kevin Youkilis and Kevin Millar.

Betts reached base in 35 straight games — 30 in the regular season, five in the postseason — with High-A Salem last season. The young second baseman has begun this season by reaching in 36 consecutive games with Portland.

Betts? numbers during his impressive streak are insane. He entered Friday?s game against Trenton hitting .401 with six home runs, 24 RBIs, 18 stolen bases and a .467 on-base percentage through Portland?s first 35 games this season. Betts was hitting .409 with 11 homers, 30 steals and a .481 on-base percentage over the course of the entire two-level streak as of Friday also.

Youkilis? streak came with Portland and Triple-A Pawtucket in 2003. Millar?s streak, which occurred when he was in the Florida Marlins system, was split between Double-A and Triple-A from 1997 through 1999 — Millar had some major league games mixed in during that time.

The Red Sox have a second baseman in Dustin Pedroia who figures to be around for the foreseeable future, which eventually could mean a position change for Betts. Regardless, it?s clear the kid can rake, and he quickly has become an elite prospect within the Red Sox system.

Betts, drafted in the fifth round in 2011, was ranked the No. 7 prospect in the Red Sox organization by Baseball America before this season. 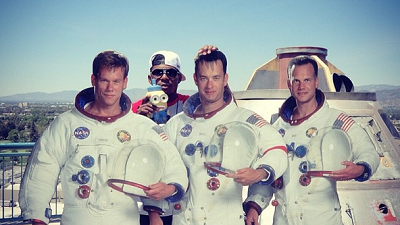